It can happen to the best of us. You come home from work and find that your dog made a mess. They wake you up in the middle of the night to bark at a squirrel. They jump on your friends every time they come to visit. Sometimes it happens before you even have a chance to think about it: you yell at your dog to discourage the behavior.

The problem is that you aren’t actually teaching your dog anything, and you might even cause long-term behavioral problems. There are much better ways to train your dog than hollering at them. Here are 5 crucial reasons to stop scolding your dog.

#1 – They don’t learn the right behavior

If you yell at your dog whenever they jump on somebody, for example, they might temporarily stop that behavior, but since you aren’t teaching them something to do instead, such as sit, the behavior is likely to happen again. Instead of yelling at your dog after they do something undesirable, teach them the behavior you expect them to perform instead.

#2 – They can become afraid of you 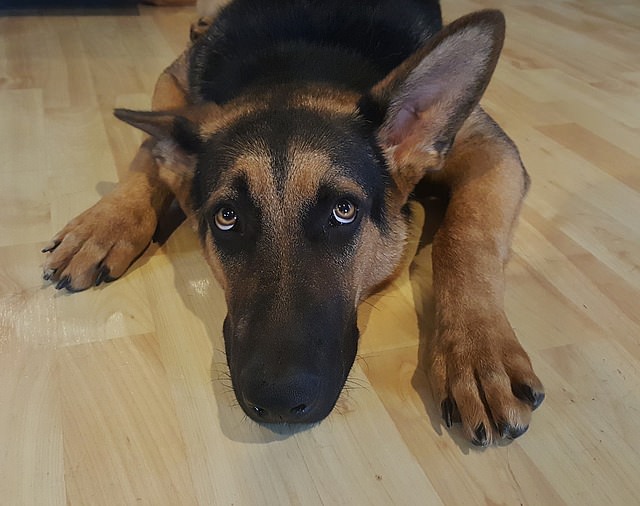 Maybe in the past it was considered a good idea for your dog to be afraid of you, but current training practices show that positive reinforcement is a much more effective training method. While some dogs might tolerate rough handling, many dogs will actually develop more problems such as submissive urination. Some dogs will become helpless and will stop offering any behavior for fear of bringing on more yelling. They become paralyzed with fear and don’t learn the desirable behavior you want them to perform in place of the negative one you scolded them for.

Since dogs don’t understand English, they won’t understand what you’re yelling at them for. They’re likely to become confused and afraid and won’t understand what they should do instead to avoid your anger. A better way to train your dog is to teach them desirable behaviors and manage your environment. If your dog tends to get into the trash while you’re gone, for example, set him up for success by putting the trash out of reach when you leave or investing in a heavy-duty step can that will keep nosy dogs out.

Since your dog doesn’t understand the words coming out of your mouth, yelling at them for something they may have done hours ago doesn’t do any good. They won’t understand what behavior led you to yell at them. If you can’t catch your dog in the act, yelling at them after the fact is pointless. Even if they act ashamed, this behavior is to appease your current anger and is not an admission of guilt for a previous “crime” that they don’t understand they’ve committed.

#5 – It can cause more bad behavior

Yelling at your dog for barking will sound like more barking to your dog and is unlikely to discourage the behavior. Instead, you should try to figure out what is causing them to bark in the first place and take steps to address the cause rather than the behavior itself.

While it may be difficult to stop yelling at your dog if you’ve already gotten into the habit, changing your reaction will have its rewards. You’ll develop a stronger bond with your dog because you address the source of their problem instead of the symptoms, and that will make everything worthwhile.