There’s no denying the fact an aggressive dog is potentially dangerous. It’s a problem that requires attention from a professional dog behaviorist, but there’s a lot more to canine aggression than most people realize. Aggression is one of the most common behavioral issues seen in dogs, and it’s one of the top reasons why dogs are euthanized and surrendered to shelters. Coincidentally, it’s also one of the most misunderstood topics in the dog world. We’re here to clear the air and dispel these common myths about dog aggression.

Similar to a tail wag or shake off, aggressive behavior is a completely normal form of canine communication. Your dog can’t come out and tell you when they’re scared, frustrated, or angry, and lashing out is their desperate attempt to make you understand. Growling, barking, snapping, and even biting are all typical ways in which dogs settle conflicts. Even “good dogs” that excel in obedience class and love spending time with people have been known to occasionally resort to aggression. PetCoach explains it well by saying,

“Expecting your dog to never do any of these things [showing aggression], no matter what happens, is a bit like expecting a person to go through life without ever having a single disagreement or argument with someone else–not very realistic in either case!”

2. Aggression happens out of the blue.

When people say a dog attacked them “out of nowhere,” all they’re really saying is they weren’t paying attention to the dog’s body language. Dogs almost never attack without warning. (The one exception is if the dog has a mental condition that impairs cognitive function.) A dog’s aggressive behavior is always in response to a trigger, and once you know what that trigger is, you can learn to expect their reaction. Contrary to popular belief, dogs are quite good at communicating their discomfort in non-aggressive ways. The issue is, humans are’t good at reading those signals before the situation escalates.

Before a dog attacks, their body language reflects what they’re thinking. Yawning, licking their lips, and refusing to look directly at someone are all signs of a stressed out dog. They take on a “frozen” posture where their body is rigid and their eyes are wide and unblinking. The signs might be subtle to the human eye, but when you know what to look for, aggression is one of the most predictable dog behaviors there is. 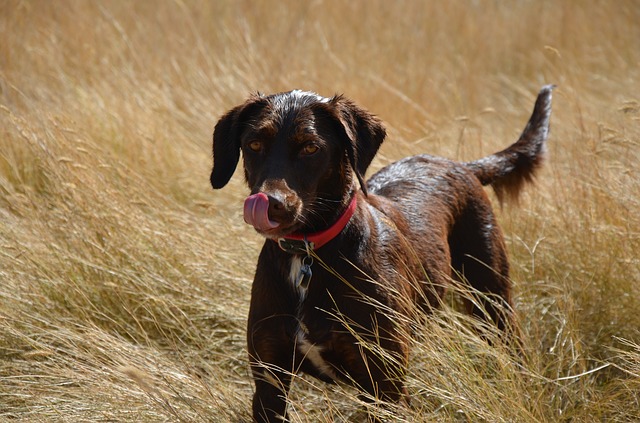 Many people think that once a dog shows signs of aggressive behavior, they’re no longer safe to be around. This kind of assumption is what lands countless healthy, friendly dogs in shelters and on euthanasia lists. A dog might growl at a groomer who comes at them with nail clippers, but that kind of fear aggression doesn’t usually translate into other parts of the dog’s life.

In this instance, context is key. Once the trigger is removed (in this case the trigger is the groomer brandishing nail clippers), most dogs will go back to being their normal, friendly selves. They’re aggressive around nail clippers because they’ve developed a negative association with having their nails trimmed, but they have no problem with interacting with people on a normal basis. Their aggression doesn’t define them, and they don’t deserve to be given up because of the misunderstanding that is does.