Most of us don’t worry when we see a squirrel or bird near our pup. Usually, they ignore each other. But Chicago police are warning people with dogs to be vigilant when they see raccoons nearby. Why? Because some of them are zombies.

Yes, you read that right. Police in the Chicago suburb of Riverside said some raccoons are infected with the canine distemper virus. They could pose a danger to pups. The Riverside police reported they have been responding to increased cases of distemper virus in raccoons.

But zombies. Really? Raccoons with distemper have sometimes been described this way because of abnormal behavior. The virus causes neurologic effects. They may move extremely slowly, show a lack of fear of humans, and walk around in the daytime even though they are nocturnal. That means if you see a raccoon during a daytime walk, something might be amiss.

In a statement, Riverside Police Chief Tom Weitzel said, “It seems every year around this time we get a rise in calls about raccoons acting oddly and we respond to calls about raccoons that may be a danger to the public. Our policy allows us to put down animals that are suffering or pose a threat to public safety.” 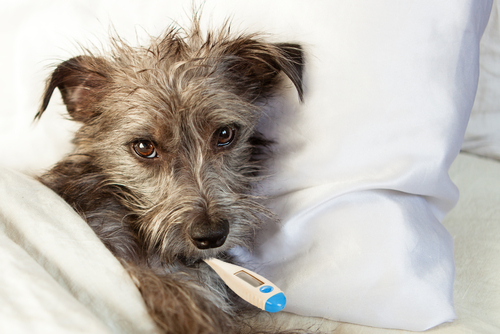 Distemper is contagious. It causes digestive problems, respiratory issues, and seizures. The virus can’t be transmitted to humans. But if your dog comes in contact with a raccoon, it could be dangerous.

According to the American Veterinary Medical Association, “Puppies and dogs most often become infected through airborne exposure (through sneezing or coughing). The virus can also be transmitted by shared food and water bowls and equipment.”

Even scarier, as the disease worsens, it can begin affecting neurological behavior. Dogs may start circling, head tilt, muscle twitches, convulsions, jaw chewing movements, seizures, and partial or complete paralysis. The virus also might cause footpads to harden.

How can you protect your pup? Make sure your dog is up to date on her vaccines. The police in Riverside, Illinois, remind dog parents to keep a close eye on their pooch while they’re outside.