Mayor Michael Hancock has vetoed a proposal to end breed-specific legislation within Denver, Colorado, effectively killing a measure that would have allowed Pit Bulls within both the city and county.

Despite passing with a 7-4 vote in the Denver City Council, the new code still needed approval from Mayor Hancock. This is the first bill he has vetoed since he took office in July 2011. He took to Twitter to acknowledge that although he has received an overwhelming amount of feedback in support of the new law, he has decided not to permit the legislation to go into effect.

For this week’s Friday Mail, I want to address something that’s been on many of your minds and mine too. I know you’re awaiting my decision on whether I’ll sign @DenCityCouncil‘s pit bull bill. pic.twitter.com/mKi0ZAAzSq

I have heard from thousands of residents passionately expressing their opinions on both sides of this issue. After deep reflection and consideration, I find that I cannot, in good conscience, support this legislation and will exercise my authority as Mayor to veto it. pic.twitter.com/I5pnhM7elV

Mayor Hancock cites safety as his reason for keeping current breed-specific legislation in place, but animal lovers argue that Pit Bulls are no more dangerous than any other breed, and it should be owners who fail to properly train or care for their dogs that should suffer any consequences.

What do you think about Mayor Hancock’s decision to veto? Let us know on Facebook.

Pit Bulls are the most discriminated against dog breed by far. They’re banned from air travel, schools, and even entire city limits. For 30 years, Denver, Colorado was one of those unforgiving cities. As of Monday, that is no longer the case. In a 7-4 vote, the Denver City Council passed a new code allowing Pit Bulls with rules and restrictions. The new law will take effect in 90 days if approved by Mayor Michael Hancock.

Highlights of the legislation updates included: 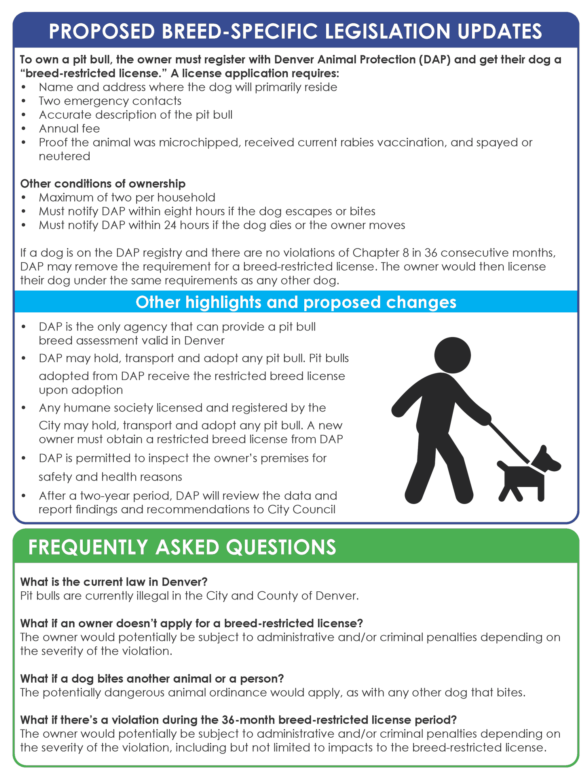 If no code violations occur within three years, owners of registered Pit Bulls can then remove the requirement for a breed-restricted license and license their pup under the same provisions as other dogs in Denver.

12 Years After The Case Of Desiree Arnold And Coco

Obviously, this is huge news. Denver is the same city that brought us the tragic story of Desiree Arnold and her beloved Pit Bull Coco. In June 2008, animal control seized Coco from Arnold’s home for the second time. This meant that Coco would be euthanized. Arnold sued the city, but the case dragged on.

Poor Coco cried every time Arnold came to the city shelter to visit her. Arnold could no longer take watching Coco suffer and gave up her fight. The city returned Coco to her in a garbage bag.

Twelve years later, this ruling allows other loving dog parents like Arnold to live in their city without fear of having their dogs taken.

“Thank you! I commute over an hour to do my PhD and was planning to leave Colorado afterward because of this law. I won’t have to leave now.” – @JTFouquier via Twitter

“A step in the right direction. These are wonderful animals when socialized and raised in a loving environment.” – @thegaryramsey via Twitter

Others find the new rules to be still too restrictive.

“The ban should undoubtedly be lifted. But the way it is happening needs improvement. All dogs should be allowed without special registration or permissions. If there’s a problem there are laws in place that need to be enforced with a pit bull or golden.” Heather Dawn via Facebook

Then, of course, there are still many of those in the anti-Pittie camp who fear for their community’s safety.

“I’m not a fan I respect people who love their dogs but purebreds and mutts with this mix is not a good thing I have seen friends who have had family pets and kids the dog attacked them out of the blue raised as puppy’s multiple stories multiple circumstances! This breed is just so iffy it’s not safe.” Jodi Beth Sanders-Kubitschek via Facebook

In reality, most “facts” about Pit Bull’s propensity for violence are exaggerated or even fabricated. While often bred for their strength, Pit Bulls also make excellent service and therapy dogs.