In Paris in 1908, a smart Newfoundland quickly gained attention for being a local hero. He lived with a man on the banks of the Seine, which is just outside of Paris.

One day, a child was playing near the river, and he accidentally fell into the water. The child was very close to drowning, but this brave dog rushed to the rescue and saved him.

As soon as he heard the cries of the child and the splashing of the water, the dog leaped over a nearby hedge and ran toward the sounds. At the sight of the kid in danger, he plunged into the water and pulled the child to the shore. Thanks to him, the young child survived, and everyone was very grateful for the dog’s heroic rescue. 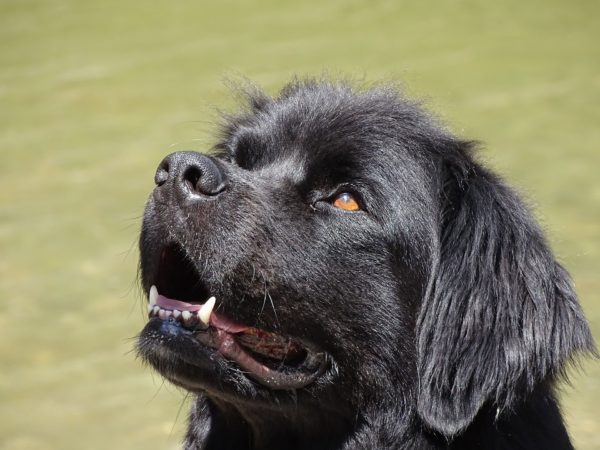 To show the dog their gratitude, the family of the rescued child presented the hero dog with a delicious beefsteak. The dog was happy to have saved the child, but he was even happier to be munching on a delicious piece of meat!

After saving one child, the dog knew that he could do more to help out. So, two days later, he saved another child that had fallen into the water. Once again, he was rewarded with a tasty beefsteak.

These rescues soon became more frequent out of the blue. A child would fall in, and within a heartbeat, the dog was there to save the day. Every time, he received the same praise and the same delicious feast.

With so many accidents near the river, the neighbors began to fear that a criminal was going around and purposely harming all these kids. They knew that this sudden increase in accidents couldn’t just be a coincidence. So they were grateful that the heroic dog was there to help during such a scary time.

The community later learned that the culprit wasn’t a criminal at all. In fact, it turned out that the so-called “hero dog” was to blame.

As it turns out, after the dog received a beefsteak the first time around, he learned how exciting saving a child could be. So, from that moment on, when he saw a kid playing near the river, he would push them in only to rescue them right after!

This dog never meant to harm any children. He just had a great love for beefsteaks! He knew that a child in the water meant an amazing reward, so he made sure there were plenty of children that needed saving.

While some might say this dog had bad intentions, he ultimately was a smart dog that learned to make a profitable source of revenue for himself. Many people admire his plan, but there are others than refer to him as an “old-timey jerk.” Either way, this dog definitely knew what he was doing and he is grateful for all the beefsteaks.