The number of coyote attacks across the country is steadily increasing. Once known for living exclusively in remote areas of brush and mountains, these canids are now wandering suburban and even metropolitan areas. They’re braver and hungrier than in the past, and it’s causing problems for pet owners. Attacks on humans are rare, but many dogs have already been seriously injured and killed. A coyote attack can happen in seconds, and these clever, elusive animals are known to scale backyard fences and cross city streets. If you live in an area with an active coyote population, your dog is at risk.

Attacks on the Rise

As human development spreads, coyotes are left with smaller territories and diminished food supplies. They’re forced to travel farther and enter areas they’ve previously avoided in order to survive. The Michigan Department of Natural Resources wildlife communications coordinator says human encroachment has reached the point that coyotes no longer believe they’re invading human territory, it’s the other way around. When wildfires destroy their habitats, shifting weather patterns cause droughts, and humans continue to take over, coyotes are forced to adapt.

The fight over territory has forced certain coyote populations to coexist in areas with high human traffic. A study published in ZooKeys estimates the coyote territory has expanded by up to 40% since 1900 while other large predators like wolves and pumas have drastically declined. Interactions with people has led to something called “habituation.” Habituation happens when a wild animal loses their fear of humans. They become used to seeing humans on a regular basis, and they grow bolder and more desperate in their search for food. Coyotes are used to interacting with humans, and they’ve quickly learned that backyards and suburban areas are prime places to find easy prey. 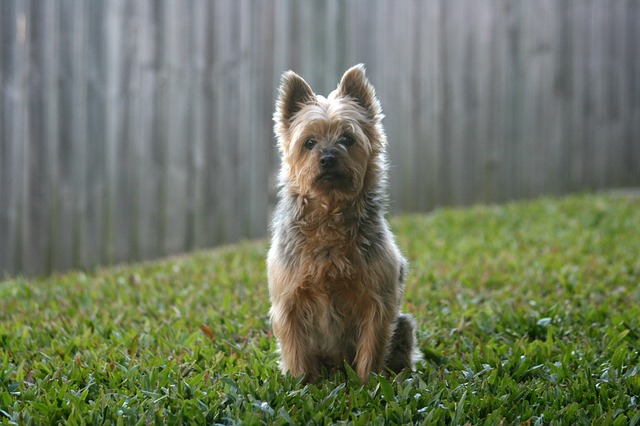 How to Deter Coyote Attacks

To keep coyotes at bay, take steps to ensure your property doesn’t look like an easy place to score a meal. Many people unknowingly leave their homes vulnerable, even welcoming to dangerous wildlife. Something as simple as forgetting to close a gate could be the same as inviting a hungry predator onto your property. Here are a few easy things you can do to make sure a passing coyote keeps on walking when they get to your house.

Coyotes are territorial, and even a small dog represents a threat. Coyotes see them as easy targets and don’t hesitate to attack. A typical coyote diet consists of mice, moles, and other small vermin, but a hungry coyote is an opportunist with an eye for unprotected pets. Attacks happen at night and sometimes during the day. It’s important to keep pets safe whether they’re in your yard, walking on the sidewalk, or out on a hike. Never leave your dog unattended in your yard, even if it’s surrounded by a fence. In Royal Oak, Michigan, a small dog named Oliver went missing from his fenced-in yard while his owner went inside to make a cup of coffee. When Oliver’s family went looking for him, they found fresh blood near two coyote dens but no Oliver.

Always keep dogs leashed on walks and hikes. By roaming freely, dogs can accidentally disturb coyotes or purposefully try to engage in fights. Four off-leash dogs were attacked by a pack of coyotes in a Wisconsin park after the dogs got too close to a den. The coyotes were only protecting their home, and the attack could have been prevented.

Don’t walk at night. Coyote attacks are more frequent at night when the nocturnal predators are out looking for food. If you must walk after the sun goes down, keep your dog on a short leash and only walk in well-lit areas.

Carry a whistle on walks. Coyotes aren’t as fearless as they look, and they’re usually scared away by loud, sudden sounds. Having a whistle around your neck will come in handy.

Thoroughly inspect your yard before letting your dog outside. Check in bushes, behind sheds, and in every shadowy corner before allowing your dog freedom to enter the yard. A miniature Dachshund in Detroit was nearly killed by a coyote that was hiding under a deck.

Outfit your dog with protective gear. Coyotes kill by sinking their teeth into and crushing their prey’s neck. A protective vest that covers your dog’s torso and neck could save their life. The Predator Vest™ from iHeartdogs is made from lab-tested bite-resistant Kevlar® to protect dogs from animal attacks. It’s easy to put on and comfortable to wear. The vest includes spike strips to further deter coyotes and can be worn in the yard, on walks, and on hikes. 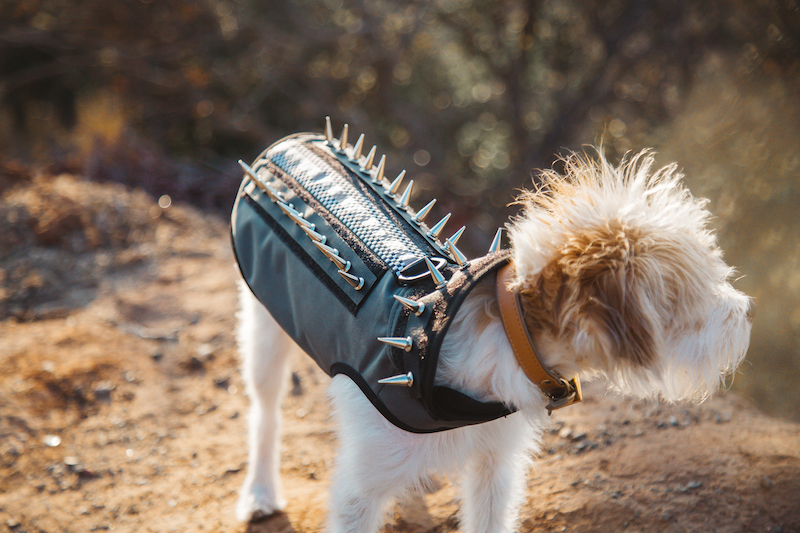 While dangerous and unpredictable, coyotes are wild animals with their own right to survival and a place in the ecosystem. They deserve respect and should not be provoked or harmed. Purposefully attracting them with food puts you, the community, and the coyote population in danger, and interacting with them in any way is unsafe. If you see a coyote, your best plan of action is to avoid them. Report sightings to animal control and practice “hazing”. Hazing a coyote involves scaring them off by yelling, waving your arms, using a noisemaker like an air horn or whistle, or as a last resort, throwing projectiles like rocks or sticks near (not at) the coyote.

As long as you’re aware of the danger, educated on what to do, and prepared for an attack, you can keep your dog safe while also respecting wildlife.