This summer, Wisconsin doctors determined a woman’s death and a man’s quadruple limb amputation were both caused by the same bacteria. Known as Capnocytophaga canimorsus, it is found in the saliva of approximately 70% of dogs and 60% of cats.

But before you cancel your trip to Wisconsin or rehome your pets, keep in mind that human infections with this frightening pathogen are extremely rare.

“More than 99% of the people that have dogs will never have this issue. It’s just chance,” Dr. Silvia Munoz-Price, an infectious disease specialist, told Fox 6 Now.

The bacteria is completely harmless to the pets themselves and considered “normal oral flora,” although it is more prevalent in dogs with periodontal disease. Cossaboom also noted that pets are not always the culprits when it comes to human infection.

In the case of Greg Manteufel, a 48-year-old man in good health, the Capnocytophaga infection is thought to have come from his own dog. Manteufel went to the emergency room in June with flu-like symptoms and bruising all over his body. His wife, Dawn Manteufel, told Fox 6 Now “it looked like somebody beat him up with a baseball bat.”

Testing revealed Manteufel had been infected with the bacteria. Low blood pressure caused the circulation to his limbs to drop, leading to the amputation of both legs one week from the first signs of illness. Soon after, his hands and forearms were also removed.

Sharon Larson was just 58 when her new puppy nipped her hand, causing a small cut. Days later she was rushed to the hospital. Two days after being admitted, she tragically passed away. Her husband, Dan Larson, was informed that she had tested positive for Capnocytophaga.

“I was told she could get struck by lightning four times and live, win the lottery twice,” the grieving widower said in an interview with Fox 4. “That’s how rare this is supposed to be.” 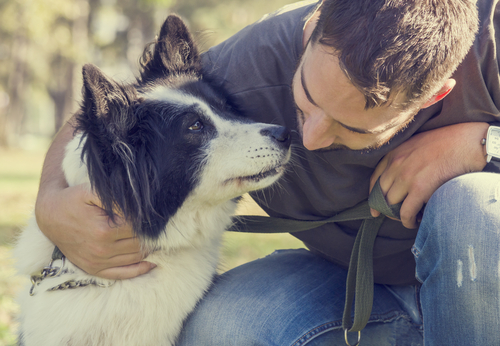 Capnocytophaga is spread “through bites, scratches, or close contact with dogs or cats that carry the bacteria in their mouths,” says Dr. Cossaboom. The saliva then enters the skin through the open wound.

Most people who suffer severe infections have weakened immune systems due to cancer, HIV, diabetes, etc. Those over the age of 40 who drink alcohol excessively and those without a spleen are also at risk, according to the CDC.

“It is important that these people in particular take precautions related to close contact with dogs and cats, and that they talk to their doctors about possible risks when they get sick,” Cossaboom said.

Symptoms include blisters around the bite wound, redness or swelling, fever, diarrhea, vomiting, headaches and muscle and joint pain. These signs typically appear within three to five days, but can take up to two weeks to present themselves. Severe infections can be fatal within 72 hours after the initial symptoms appear. 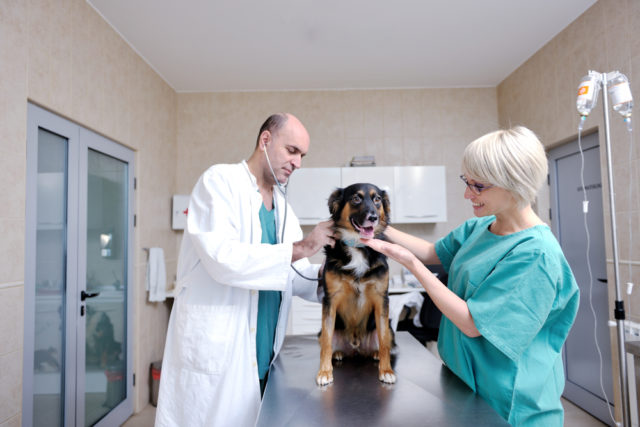 Your veterinarian can run a test to determine if your dog carries the Capnocytophaga bacteria. However, “a negative result may not mean the animal will always be negative, and the same is true for a positive result,” Cossaboom said.

Even if your dog tests positive, antibiotics are not recommended since “the bacteria can be commonly picked up between dogs.” Cossaboom made a final point to emphasize that most contact with both dogs and cats does not result in a Capnocytophaga infection or any illness.