When thieves made off with U.S. veteran David Drake’s SUV in Ohio, they got away with much more than that. His beloved service dog and companion Gemma, a Lab/Pit mix, was inside the stolen vehicle. The good people behind Maslow’s Army refused to give up on getting her back.

Maslow’s Army, run entirely by volunteers, is an organization committed to helping homeless people. They serve meals, provide shuttle transport, and even give peer guidance. According to the organization’s website, they take special interest in veterans and families with children.

“Our end vision is to offer hope to the cities less fortunate and homeless population by providing the skills needed to become self sufficient.”

Service dogs are famous for doing this same thing. These specially trained dogs can give people suffering from mental illness or physical disability their lives back. Gemma being missing meant a loss of stability for Drake.

Samuel and Susan Landis, co-founders of Maslow’s Army, posted the dog’s photo on Facebook with a request for help finding her. They even offered a $1,000 reward for her safe return. After a little over a month, they updated the post with the news Gemma had been found. 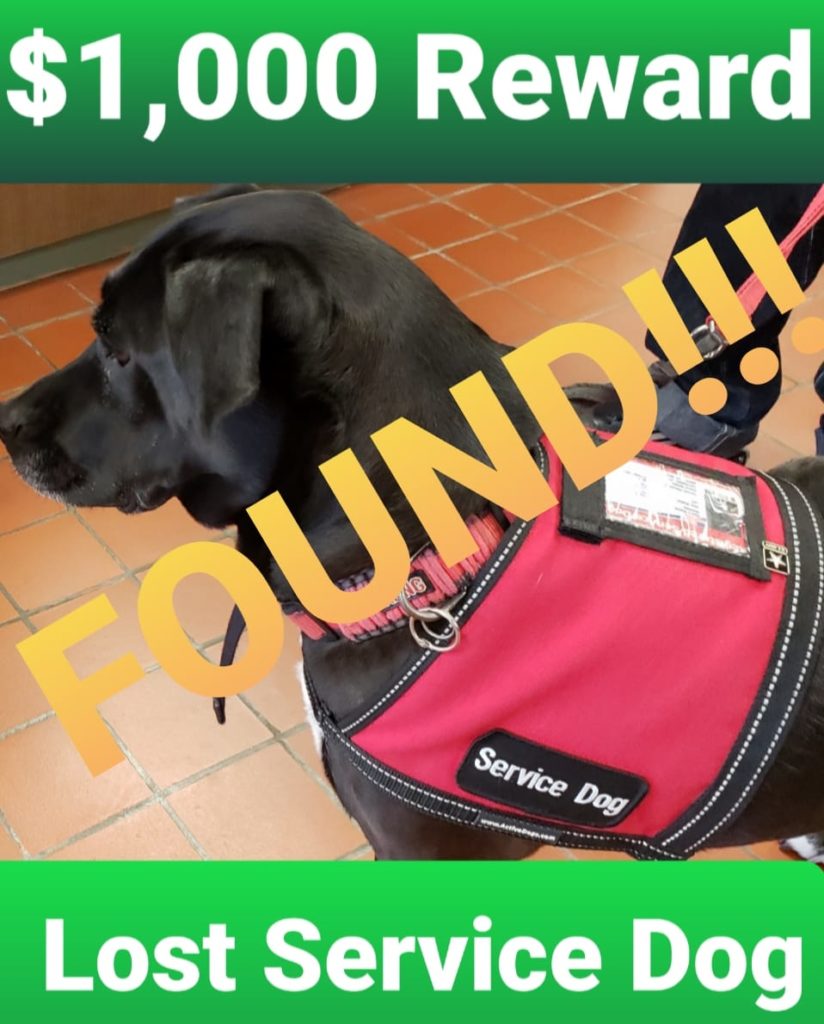 I’m sure you’ll want to know Gemma was being looked after while she was missing. According to Landis, a man experiencing homelessness had been living with her in his car.

“He declined the reward, however Maslow’s Army wrote him the reward check anyway and wants to help the man get into permanent housing.”

Gemma’s temporary caretaker was under the impression she was abandoned and had no idea she had been stolen with the car. He’s understandably sad to see her go, but knows she belongs with her person, he wrote in a comment.

“Regardless none of that mattered, the only thing that mattered was getting this man his best friend back. I know loss and it’s the worst feeling I’ve ever had.”

In any case, both Gemma and Drake were overjoyed to be back together again. Landis described the incredible moment the two were reunited.

“This moment was absolutely priceless. After a 33 day separation Dave and his service dog Gemma were reunited this morning in Bowling Green, Kentucky. Tears were flowing from this inseparable pair. They were completely lost without one another.”

Sharing missing pup information on social media really works, and thank goodness for that. It’s one of just a few things that keep me from deleting my accounts!