Hill’s Pet Nutrition has come under a lot of fire from concerned pet lovers recently due to a recall of their canned foods – which was only recently expanded to include several more products. There are now lawsuits being brought against the company from people who trusted Hill’s Pet Nutrition with the well-being of their pets. 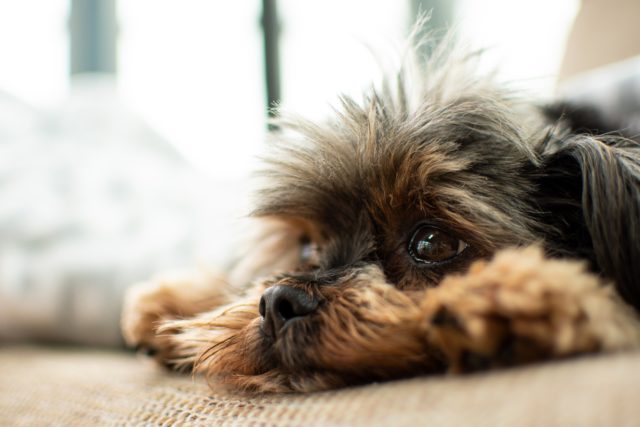 Hill’s initiated a recall of some of its canned pet food this year due to elevated vitamin D levels found in its canned dog foods. It originally included 25 varieties of both Hill’s Science Diet and Hill’s Prescription Diet foods, both of which contain a vitamin premix that is added to give a nutritional boost. Hill’s does not produce the supplement itself, but the FDA flagged their supplier on December 3, 2018 when tested samples found that the premix contained nearly 70 times the intended amount of vitamin D.

Excess vitamin D can cause kidney failure and death in dogs. Symptoms include excessive thirst, vomiting, weakness, constipation, and other painful signs of distress. Several families have lost pets and others have had to watch their pets suffer after feeding them Hill’s pet food. Despite the warning about their supplier from the FDA in late 2018, Hill’s did not initiate a recall until January 31st of this year.

Several heartbroken pet owners have spoken up against Hill’s, claiming that at best, Hill’s hesitated to initiate the recall, and at worst, knowingly put pets at risk of death. They insist that it was Hill’s responsibility to alert the public and pull its product the moment that they knew their premix was tainted. Instead, they waited nearly two months and thousands of families suffered for it.

The FDA later asked Hill’s to test more of its products that were not listed in the original recall. In mid-March, after multiple affected pets had been reported, Hill’s expanded the recall to include 19 more products after samples tested were found to contain excessive vitamin D. The recall now includes over 13.5 million cans of food that have been distributed in multiple countries.

In a letter distributed to veterinarians, Hill’s Vice President states,

“We understand this recall has caused pet parents considerable anxiety and that the well-being of their pets may have been affected. We are also aware of the disruption and difficulty this has caused you and your staff. We have addressed the issues that caused this recall, and we are working to make this right.”

However, this may seem like corporate lip-service to the families affected. A class-action lawsuit was filed against Hill’s Pet Nutrition last month – with more following – claiming that Hill’s falsely advertised its food as being nutritionally balanced and subject to strict quality control testing. The company still boasts about its commitment to quality and safety on their website:

“We only accept ingredients from suppliers whose facilities meet stringent quality standards and who are approved by Hill’s.

“Not only is each ingredient examined to ensure its safety, we also analyze each product’s ingredient profile for essential nutrients to ensure your pet gets the stringent, precise formulation they need.

“We conduct final safety checks daily on every Hill’s pet food product to help ensure the safety of your pet’s food.

“Additionally, all finished products are physically inspected and tested for key nutrients prior to release to help ensure your pet gets a consistent product bag to bag.”

Another lawsuit brought against Hill’s claims that the company overcharges for their “prescription” dog food, though it contains no medicine or any other ingredient that requires approval from the FDA. Their varieties of Presciption Diet canned food receive no rating from Dog Food Advisor due to their “intentional therapeutic design,” however, inspection of the ingredients reveals that many of the varieties were nothing special where ingredients were concerned. For example, DFA breaks down Hill’s Prescription Diet L/D Canine Dog Food:

“Although this is a prescription product, our review has nothing to do with the accuracy of claims made by the manufacturer as to the product’s ability to treat or cure a specific health condition. So, to find out whether or not this dog food is appropriate for your particular pet, it’s important to consult your veterinarian. With that understanding…

Judging by its ingredients alone, Hill’s Prescription Diet L/D Canine Dog Food appears to be a below-average wet product. But ingredient quality by itself cannot tell the whole story. We still prefer to estimate the product’s meat content before concluding our report…

Kelly experienced firsthand the heartbreak that came with the too-late recall. She and her pup, Duncan, had been loyal Hill’s customers for 12 years.

“Duncan was 13 years old. He was a very gentle soul and very obedient because he had gone through extensive therapy dog training. Duncan lived the life of luxury, nothing was too good for him. He had two homes, one in Michigan and Florida and he loved going on golf cart rides, as many as 4 times a day. We were both happiest when we were together which was almost 100% of the time. We also went for walks together 2 miles every day.

“Duncan was prescribed Hills Science Diet by his vet about 12 years ago because he had developed pancreatitis. He was on both the Hill’s I/D and Z/D wet and dry foods. The day Duncan got sick we had gone on our walks and his golf cart rides and everything was great. Later on that night he started vomiting white foam, had excessive thirst, and urination, and was lethargic. The next morning he woke up with tremors. Over the next 3 days, he had excessive weight loss.

“We took him to the vet 3 times over a period of 3 days. At the time that he died, I had no reason to suspect that he had died from vitamin D toxicity. I didn’t see the recall information until 3 weeks after Duncan had died.”

For Kelly, the information came much too late. Duncan was gone.

“I contacted [Hill’s Pet Nutrition] on February 6th, and they called me back. They offered me $10 in coupons for the purchase of Hill’s pet food. As they knew, my dog had died so I didn’t have any use for dog food coupons.”

Kelly has since started a Facebook group, hoping to bring awareness to how serious this matter is and provide support for others who have lost their pets to Hill’s and other pet foods. The group is now has over 1,000 members, and several have posted their own stories after losing their pets.

Join Kelly’s group, Saving Pets One Pet @ a Time, on Facebook to learn more about the recall and help raise awareness about the danger this problem is causing. You can see a complete list of the products currently recalled by Hill’s Pet Nutrition here. If you have any of these products in your home, stop feeding them to your dog immediately and return them for a full refund.

H/T: KansasCity.com
All photos used with permission, Saving Pets One Pet @ a Time