I spent nearly half my life working as a veterinary technician. During that time I helped many dogs cross the Rainbow Bridge and witnessed others coping with the loss of a beloved human or a fellow pet.

While they absolutely understand the concepts of pain and illness, do dogs grasp the finality of death? And if so, do they know when that moment is approaching and adjust their behavior accordingly?

Scientific research on the subject is scarce since it is impossible for us to know what our dogs are thinking or feeling. Instead, we have to rely on the varying behaviors they display when faced with the reality of death.

Stanley Coren, a psychology professor at the University of British Columbia said in an interview with IFLScience:

“All of our current research tends to show that dogs have a mind which is roughly equivalent to a human child between the ages of two to three years. Prior to the age of about five, children don’t understand some very basic concepts about death, and the major thing they don’t understand is that death is irreversible.”

As for the stories of dogs reported to have stood vigil by their owner’s graves, Coren says they are probably waiting for them to return, rather than mourning their loss.

“I don’t think the dog would be particularly astounded if his master or mistress sat up and walked out of the box,” he explained.

When it comes to their own mortality, some people believe that dogs sense impending death and “go off to die”. While it is an instinctual behavior to hide when they are feeling ill, there is no evidence to prove that dogs know when their final moments have arrived.

However, most veterinarians and their staff can share at least one tale of particularly self aware pups. For me it was a Bassett Hound who began suffering seizures while his owner was out of town. We did not think he would live long enough for her to make it to the hospital, but he hung in there.

When she arrived, he reacted to her voice, becoming conscious and aware for the first time in hours. Within minutes of her leaving, he quietly passed away. It was as if he had hung on just long enough to give her that final goodbye. 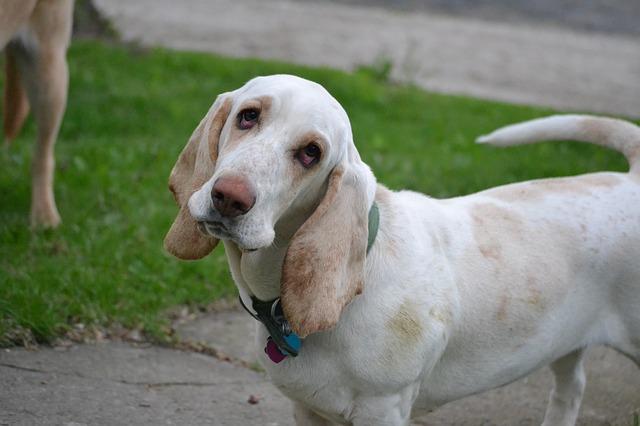 Until we are able to decode the complex thoughts and emotions of dogs, we can only speculate as to what their understanding of death truly is.

What do you think about this topic? Have you ever experienced a dog express grief or an awareness of mortality? Please share your stories in the comments.