If you have a fenced in backyard, you probably just let your dog out to do their business, then turn your back to do something else until they’re ready to come back in. After all, your dog can’t escape from your yard – yet this is a very dangerous practice.

Did you know that a 6-foot-tall fence isn’t enough to keep predators out of your yard? Coyotes are becoming a big problem in suburban and urban environments as humans continue to encroach on their habitat, and they are perfectly capable of scaling a fence to get to what they consider easy prey. How concerned do you really need to be about a coyote attacking your dog?

Coyote attacks are on the rise

Why are coyote attacks on the rise?

Humans are moving deeper and deeper into coyote’s habitats, and coyotes are smart enough to realize that where people are, food is likely nearby. Not only are coyotes not endangered, but their populations are thought to be growing, thanks in part to the easy access to food they can find in cities. Between garbage, bird feeders, left out pet food, and pets themselves, coyotes are finding it easier than ever to live in and around large cities. Even cities like Los Angeles, Chicago, and New York are battling coyote populations.

But my dog is safe in the yard or on a leash, right?

Not necessarily. As coyotes become habituated to humans, they become bolder and more brazen, and if they’re having trouble getting their usual prey, they will take extreme measures. They can scale a 6-foot fence and will even snatch small dogs right off a leash. 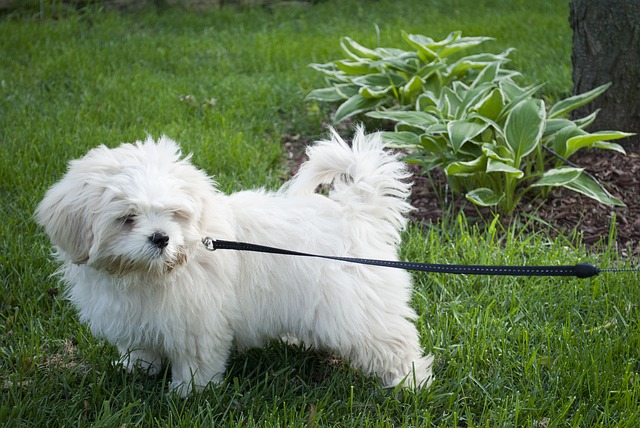 How to deter coyotes and keep dogs safe

The first thing you want to do is to make sure you aren’t attracting coyotes to your yard with the promise of easy food. Don’t leave dog food outside, and you should reconsider your bird feeder. Bird feeders tend to attract small mammals, like squirrels, which are a favorite prey of coyotes. Leaving edible trash in a location that’s easy for a coyote to access is another way to attract coyotes.

When it comes to keeping your dog safe in your yard, the best thing you can do is never leave them alone outside. You should always be outside with your dog, keeping an eye on him.

Other ways to prevent coyote attacks include:

-Avoid walking your dog at night, when coyotes usually hunt

-Bring a whistle or other noisemaking device

-Use protective gear on your dog 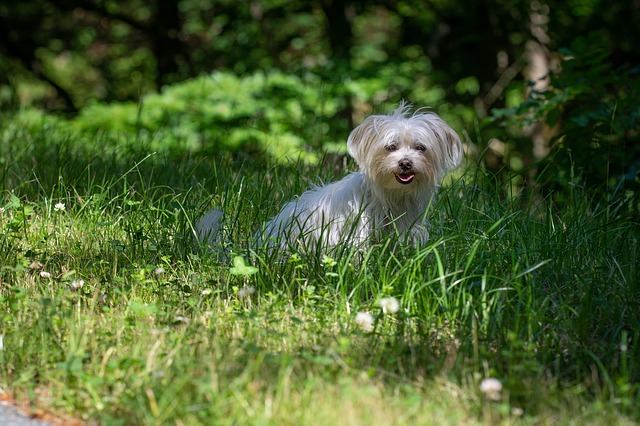 While your presence alone may deter some coyotes, you need to be prepared to haze away any coyotes than do come close to you, whether you’re in your backyard or on a walk.

If a coyote approaches you, don’t run away! You need to be loud and big and do your best to scare the coyote away and remind it that people aren’t friendly. Common ways to do this include:

-Rattling rocks or pennies in a can

-Throwing things near the coyote (but not at it)

-Spray it with a hose, mace, bear repellent, or  a water gun filled with vinegar water 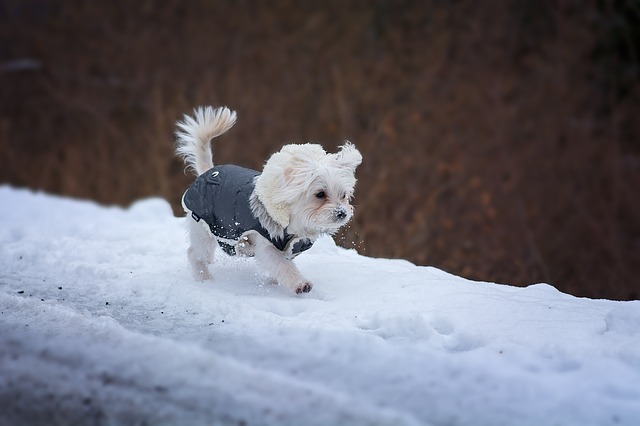 Coyotes typically crush the throats of their prey to kill them. While large prey may be consumed where it was killed, small prey will be carried away to a safe location before being eaten.

Though it might be hard to consider in light of the threat they pose to our precious fur babies, coyotes do have their role in nature. They’re vitally important to the ecosystem since they help manage the populations of small animals such as rodents. The best thing to do is to avoid getting too close to coyotes, scare them away when possible, and report aggressive or overly “friendly” coyotes to animal control. 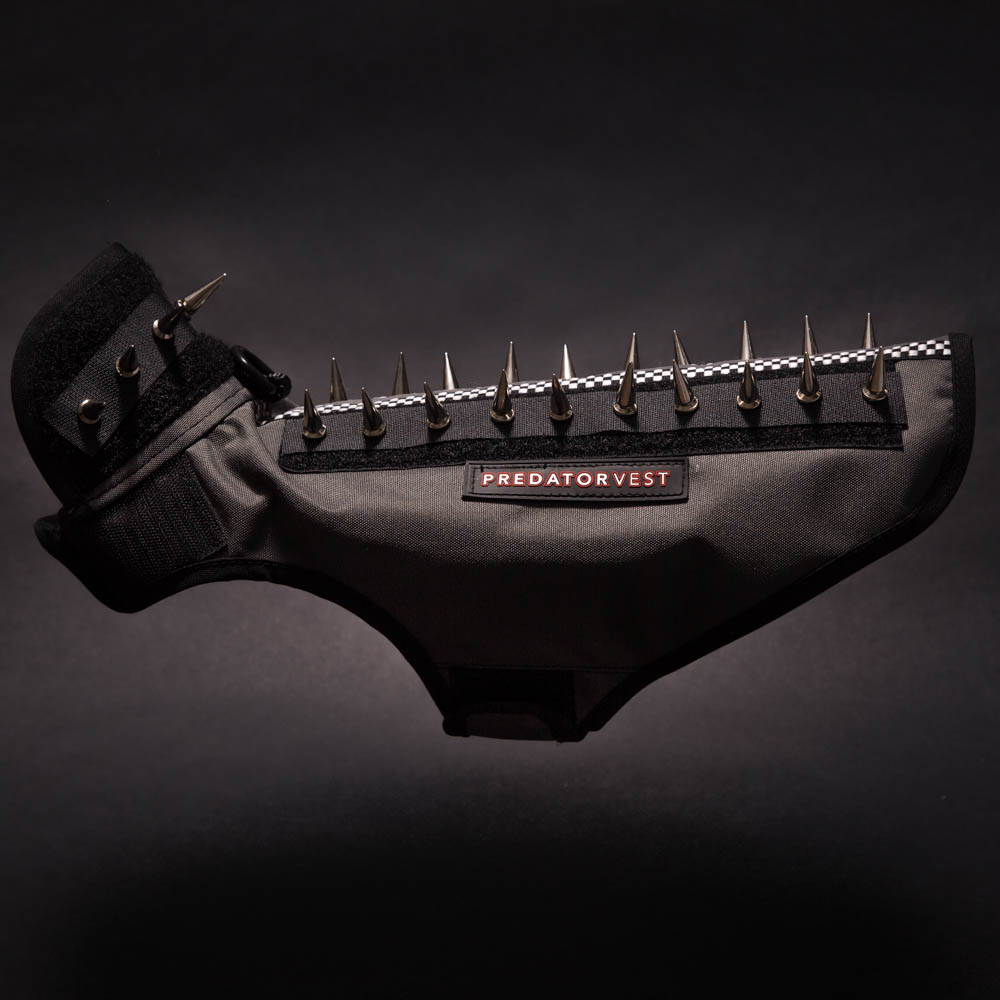 Since coyotes are wily and can sneak up on you and your dog without you noticing, protective clothing can be a lifeline for your pet if you live in an area with a high population of coyotes. The Predator Vest™ has many great features to help protect your dog in case of attack from a coyote or other predators, such as hawks, foxes, wolves, mountains lions, and more.

Here are some of the great features of the Predator Vest™:

-Bite-resistant Kevlar® integrated into the vest, which has had lab tests done on its bite-resistance

-High-quality, sturdy velcro straps under the chest and across the neck of the dog, making it very secure

-Flexible and easy to put on

-Detachable spike strips for the collar and back further deter coyotes

-Heavy-duty plastic D-ring for leash and other accessories

-Reflective tape along the back, great for staying visible when walking your dog at night