For millions of shelter dogs across the country, labels matter. Dogs are labeled almost as soon as they walk through the shelter door. For a lucky few, labels like Labrador Retriever and Siberian Husky will work in their favor. They’ll be scooped up by adopters looking for purebred dogs before the dogs even know what’s happening. But for the majority of dogs in the shelter system, the idea of breed labeling won’t be as gratifying. Thanks to breed discrimination and stereotypes, labels can hurt a dog’s chances of being adopted.

The word “mutt” has come to be known as synonymous with words like “badly behaved” and “nuisance.” While most animal shelters go for the less conspicuous “mixed breed,” the mystery behind those words can make it harder than normal for a dog to be adopted. With so many dogs entering shelters labeled as discriminated-against breeds, like pit bulls, Rottweilers, and Dobermans, labeling becomes more than an issue of what to put next to a dog’s name. Certain shelters across the country think they’ve come up with a viable solution. Instead of labeling dogs by breed (which is rarely accurate, anyway), they’ve chosen to focus on each dog’s individual personality. They’ve come up with the “American Shelter Dog” label to draw attention away from breed perceptions and toward what it is that makes each dog special.

When it comes time to advertise a dog for adoption, most shelters don’t do DNA tests. The process of swabbing each dog’s cheek, sending the sample to a lab, and waiting for the results takes up too much time and money to be a realistic option. Instead, shelter workers rely on their own knowledge of dog breeds and their eyes. They do visual assessments and look at the dog’s size, color, markings, and body type to come up with a “best guess.” Sometimes telling what a dog is mixed with is easy,  but that’s rarely the case.

A 2009 study found visual identification of dog breeds done by animal shelters and adoption organizations are wrong 87% of the time. Another study done in Boston says even people deemed “animal experts” can’t make accurate conclusions when it comes to correctly labeling mixed breed dogs. The study found people attempting to label the same dog agreed on their conclusions only about 1 in 4 times. All of this information shows it’s nearly impossible to determine a dog’s true breed (or mix of breeds) without a reliable DNA test. But with DNA tests for every dog being out of the question, many dogs are forced to bear the consequences of their labels. Even without labeling a dog as a pit bull mix or Rottweiler mix, the word “mix” automatically puts them at a disadvantage. Potential adopters walk through the shelter, and when they see that word and all the mystery that comes with it, they automatically move on to the next kennel. Even the most dog-loving adopters and animal welfare supporters view the idea of adopting a dog without knowing its breed to be risky. Breeds are meant to tell you about the dog’s personality, and the word “mixed” does nothing but invite questions and doubt.

Instead of relying on breed labels to answer these questions, the idea behind the American Shelter Dog movement is to recognize the fact mixed breed dogs should be judged based on their personalities alone. In place of breed characteristics, shelters including Animal Allies in Minnesota and Portsmouth Humane Society in Virginia take time to get to know the dogs. They list information like the dog’s energy level, their favorite activities, if they like children, and if they like other dogs. They believe this information is more valuable to a person looking to add to their family.

“This is one example of folks identifying an opportunity to get out of our own way. Stop using labels that don’t necessarily align with our philosophy, and being careful about our language choices, so that we are not necessarily delaying that animal from finding a loving home.” 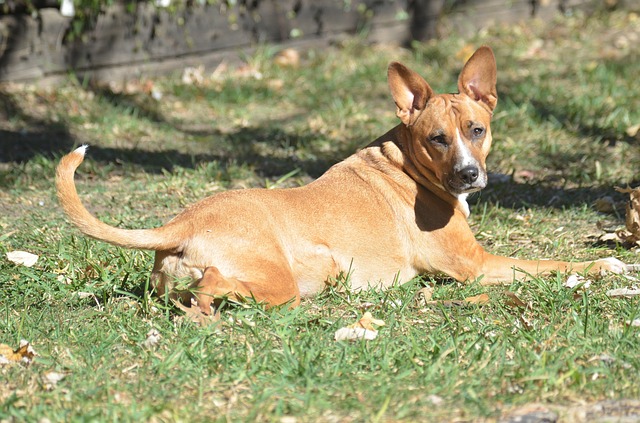 With animal shelters struggling with budget cuts and lack of resources, the problem of dog labels can seem inconsequential. For the dogs, however, it’s a life or death situation. There are no clear statistics as to how a dog’s breed effects its chances of being adopted, but BarkPost reports out of the 1.2 million dogs that are euthanized every year, 40% of them have the word, “pit” somewhere in their label. That one word and all the negative connotations that go with it is enough to sentence a dog to death.

The American Shelter Dog label isn’t a new idea, and it’s spreading to shelters across the country. The traditional way of labeling dogs based on perceived breed is still the norm, but people who believe in dismantling stereotypes hope the idea catches on.

What do you think? Should mixed breed shelter dogs be labeled as American Shelter Dogs?