At iHeartDogs, we share incredible stories of dogs overcoming neglect, abuse, and homelessness to become healthy, well-adjusted family pets. While this is often the case, not all rescue dogs can be fully rehabilitated.

Some live with debilitating fears and phobias, others cannot safely coexist with children or other dogs. And you know what? It’s time to accept that that’s okay. 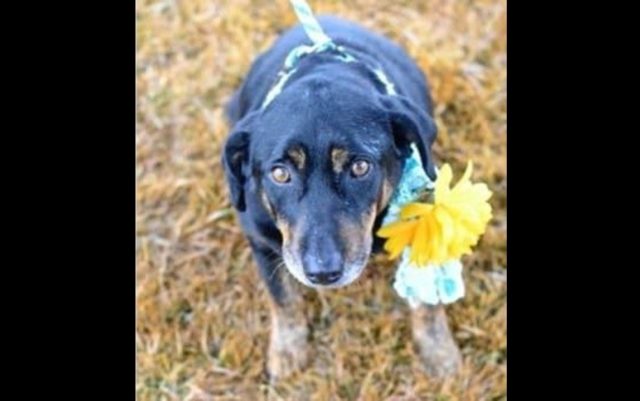 Rosie came into my life five years ago. It was the day after Thanksgiving. I was scrolling through my Facebook feed, when I saw a post from an area rescue group.

It was a desperate plea for shares, fosters and adopters. The shelter was over-crowded, and dozens of dogs were slated for euthanasia unless they found placement fast.

Rosie’s photo caught my attention. She was just an average black and tan hound mix, but her eyes looked so sad and wise. She stared past the photographer, and from her mouth peaked the most endearing flash of pink tongue. I was smitten. 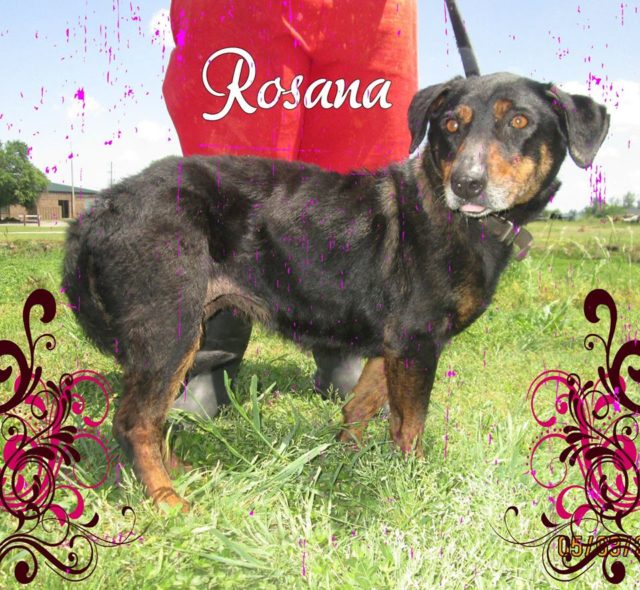 Less than five hours later, Rosie was wandering nervously around my house, trying to acclimate herself to her new surroundings. She was a senior (about 11-years-old), and I would soon find out she had myriad health problems.

Her recent spay incision was infected and oozing pus. Her coat was dry, brittle, and falling out in clumps. Most of her teeth were either missing or broken. She smelled so horrible I had to drive home with all four windows down despite the cold. 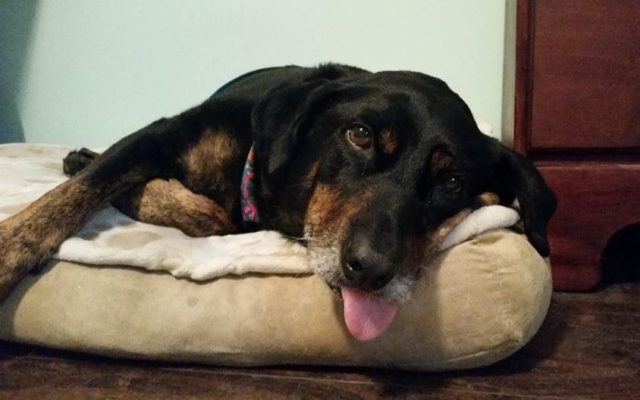 Later that night, she broke with a deep, hacking cough. X-rays showed that Rosie’s lungs were full of congestion. She also had a degenerative condition in her spine, as well as bone spurs and arthritis throughout her entire body. According to the vet, it was shocking she could even stand, let alone walk.

We left the clinic with an arsenal of antibiotics, anti-fungals, steroids, and pain meds. If her lungs cleared up, we’d know her cough stemmed from an infection. If not, we were likely dealing with end-stage heartworm disease or advanced lung cancer. 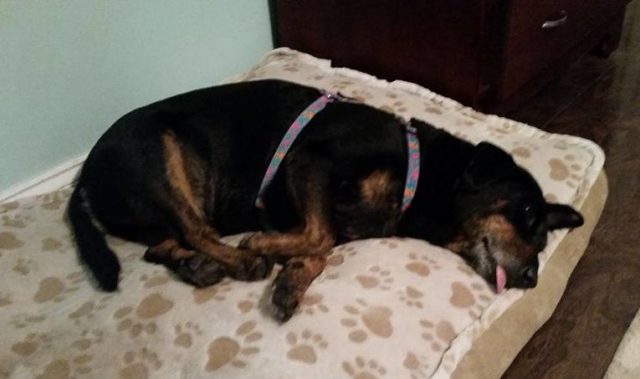 Within days, Rosie’s cough improved. She was more energetic during the day and sleeping better at night. She even started to play in her own unique way.

Instead of squeaking or fetching a toy, Rosie would simply grab her favorite lamb, and toss it up into the air once or twice. It doesn’t sound like much, but these moments were a huge breakthrough because they were the only times Rosie ever wagged her tail or let her guard down. 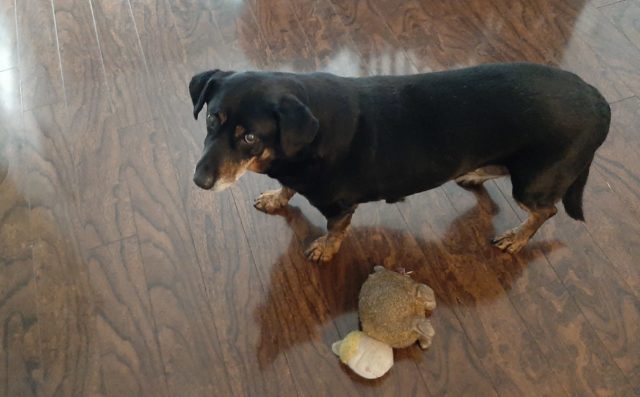 As her health improved, I started to worry more about her behavior. She never let me out of her sight, but she was stiff and nervous when approached. Her demeanor was quiet, serious, and watchful.

On the other hand, she seemed to enjoy her walks and loved all food (except lettuce). She tolerated her dog siblings and allowed me to brush out her ever-improving coat. She even began to seek affection by leaning against my legs or nudging her head under my arm. 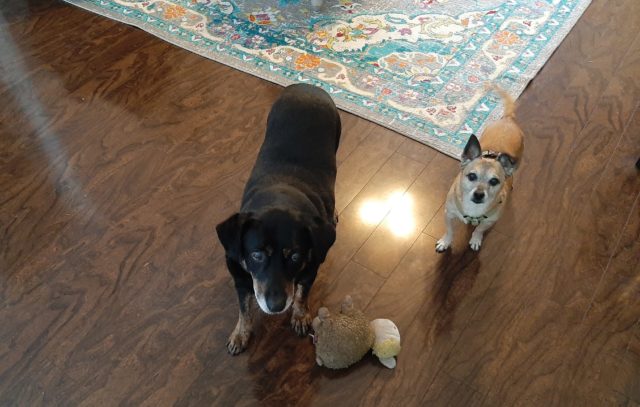 I explained all this to my vet, hoping for suggestions on how to make Rosie a “normal” dog. Instead, he asked me to leave the room and come back after two full minutes had passed. It felt like a lifetime as I watched the seconds tick by on my phone timer. After two minutes, I re-entered the exam room.

My vet explained that Rosie never took her eyes off the door, and as my footsteps approached, she wagged her tail the slightest bit.

“You have to learn to accept the small victories,” he said. “Before you, she was in a loud, over-crowded shelter, and who knows where she was before that? You may be the first human to ever show her kindness. She’s a little weird, but she’s safe and well cared for, and she obviously loves you. Let that be enough.” 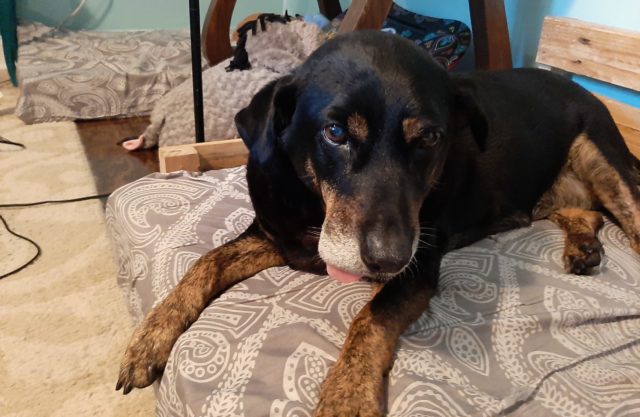 This past November marked Rosie’s fifth year with me. She is still shy and awkward. She still prefers to play by herself. She walks with a limp and has trouble getting up after a long sleep. She suffers from fainting spells due to her weakened lungs, and her doggy dementia causes her to pace at night.

She also poops in the house. A lot.

She is by no means a “normal” dog. In many ways she is the same nervous, sickly dog I adopted five years ago, but I still consider her a success story.

Because Rosie is happy as she is, and above all else, she is loved.