You’re hanging out at home doing nothing in particular when something seems to catch your pup’s eyes. He gets super still, like he does when he sees a squirrel and thinks he can sneak up on it. He stares. Maybe he growls a little. Perhaps he sounds the puppy alarm and starts barking to beat the band.

Like this beagle here, who is noticeably disturbed by something in an empty kitchen. Maybe he just wants a biscuit but maybe he perceives something more sinister.

You look high and low because it’s weird, right? He doesn’t usually stare at nothing so he must be staring at something. Could it be that there is something there after all? Something your dog is picking up with his powerful sixth sense? Something like a ghost, an apparition, a spirit, a poltergeist? 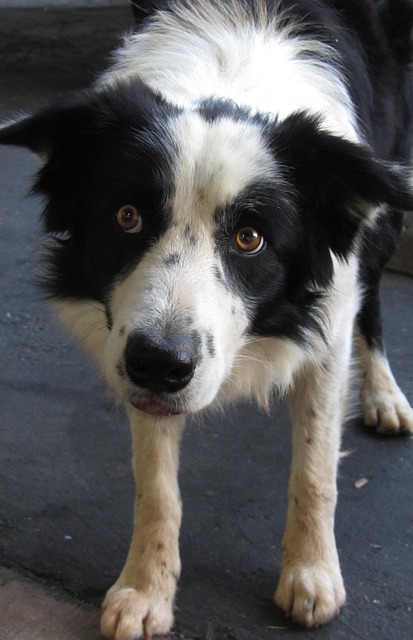 Puppy Zoey sure sees something in the video below. Could it be a ghost? Zoey’s human seems pretty convinced.

Obviously there is no hard proof that spirits actually exist but there are endless personal encounter stories that are quite convincing. For those who have first-hand accounts, it is impossible to dissuade them that the experience can be explained any other way. And we weren’t there so who are we to disagree?

Whether you believe that ghosts are real or not, we can all agree that dogs are super perceptive and have amazingly keen senses. They see better, hear better, and are far more in tune with their sixth sense than we humans. This dog clearly sees something! Maybe it was just a flying insect out of frame, but maybe it was something else…

Check out this chilling video of a pup going a bit bananas at nothing in particular….or is it something after all?

We are all familiar with the specially trained search and rescue dogs. They amaze us with their ability to track down a person for miles and miles based on the scent of the tiniest scrap of cloth. Bomb and drug sniffing dogs save lives and keep us safe in airports and other places across the entire planet.

But have you heard of cadaver dogs? Also known by the softer name Human Remains Detection Dogs, these amazing animals are trained to smell death. Naturally they can locate bodies in unmarked graves and bodies of water, performing an invaluable service to the police force and families of missing persons. But their prowess goes much further.

These talented pups can actually detect if human remains were present in a location after the body has been removed. Is it possible that some dogs, then, can detect a spirit, which is inexorably connected to death? We can’t say yes, but we can’t completely rule it out, either.

This little chihuahua makes a nightly routine of staring intently at the same empty spot in the room. Sure, she could just be tired and zoning out. But she could be seeing spirited, too.

Family dogs who have no special training whatsoever have an uncanny ability to identify the diseased or dying. You’ve no doubt read stories about incredible dogs who have alerted their humans that something in their health is amiss. In the video below, you’ll see Victoria, a rescue hound that told her mom she had skin cancer.

Daisy, whose human is a doctor herself, alerted her mom to very early stage breast cancer by nudging and pushing into her breast repeatedly. She was alarmed enough by the behavior to have a mammogram and discovered the deep set tumor. Daisy went on to become trained and identified hundreds of occurrences of cancer before she crossed the rainbow bridge at the age of 13.

Daisy’s work paved the way for cancer detection dogs. Researchers and trainers are leveraging this ability to aid in detection of a multitude of cancers. A program at UC Davis, for example is training dogs to detect cancers at much earlier stages than is possible with available medical equipment. The potential for these pups to help save lives is incredible and undeniable.

If our family dogs are in tune enough to detect a disease that even the miracle of modern medicine would miss, who are we to say they can’t sense a being from a different dimension?

There is a universal and long held belief that a dog has a particular howl that means death is coming for someone nearby. In the south, some even believe a dog will signal whether the dying is male or female by howling twice for a man and three times for a woman.

Once, twice, three howls a lady…

People report this howl as being especially eerie with the ability to send chills down your spine. So, I guess it doesn’t sound much like our friend Mahi, here.

Dogs are more tuned in, more perceptive, and more trusting of their internal voice than we humans can ever dream of being. Maybe, just maybe, when they try to tell us something, we should try to be better listeners.

Even if we don’t want to believe what they’re trying to tell us. I’m sleeping with the lights on. Sweet dreams!