In late 2015, the day after her husband, Leo, of nearly 70 years was admitted to hospice, Miss Norma learned that she had a large, cancerous mass in her uterus. Two days after losing Leo she and her son sat in her doctor’s office to discuss treatment options. The usual combination of surgery, chemo, and radiation were on the table. The doctor asked Miss Norma how she would like to proceed. Her son reported on Facebook,

A tiny woman at 101 pounds and under five-feet tall, an exhausted Norma looked the young doctor dead in the eye and with the strongest voice she could muster, said, “I’m 90-years-old, I’m hitting the road.” 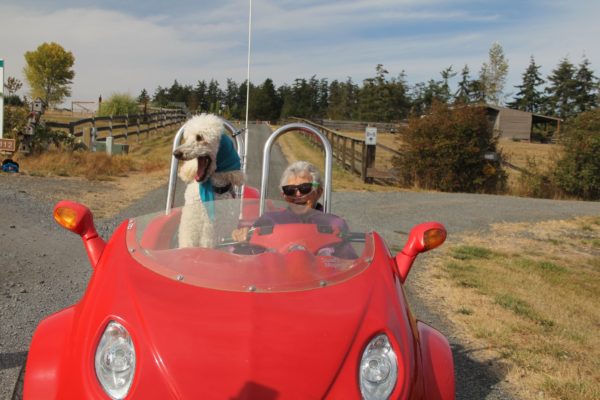 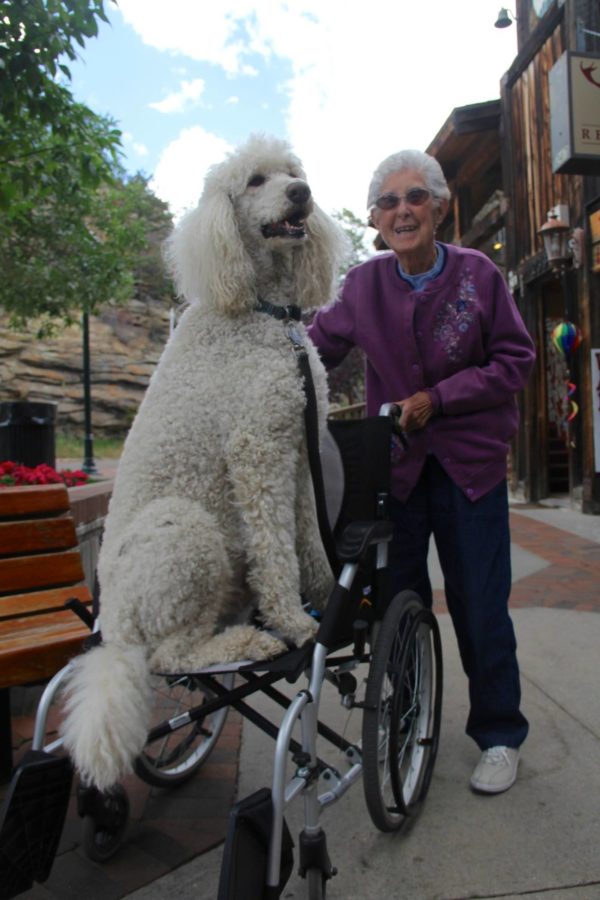 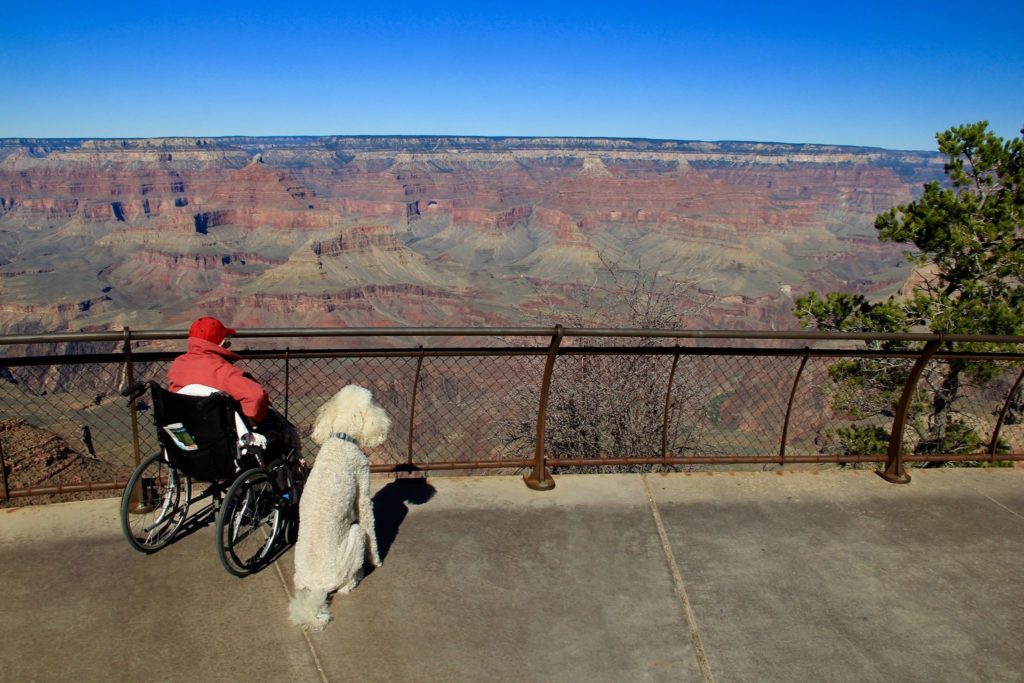 Thus began a year long journey with Miss Norma, Tim, and Ramie (her son and daughter-in-law), and their standard poodle, Ringo. They traveled together via RV and chronicled the trip in a later published book and on a dedicated Driving Miss Norma Facebook page. As you can imagine, everywhere they went, their energy, enthusiasm and love of life simply lit up the room.

Miss Norma died peacefully and with no regrets on September 30, 2016. But the story of this remarkable family doesn’t end there.

Following the passing of his mother, Tim and Ramie were pondering what would come next. While emptying out his late mother’s home, he came across a drawing of a little red tugboat. The artist? Miss Norma, aged 11 years old. They took it as a sign and traded in life on the road for life on the water. The couple launched their boat and a new Facebook page in September 2017. They reported on Cruising Miss Norma,

On Saturday, September 30th, exactly one year to the day Miss Norma died, we hit the road again. This time the “road” is America’s Great Loop. A 6,000 mile circumnavigation of the eastern United States via lakes, rivers, canals, the Gulf of Mexico and the Atlantic Ocean.

Their naval trip began in Grand Haven, Michigan with Ramie as the captain, Tim as the first mate, and Ringo as the deck dog. 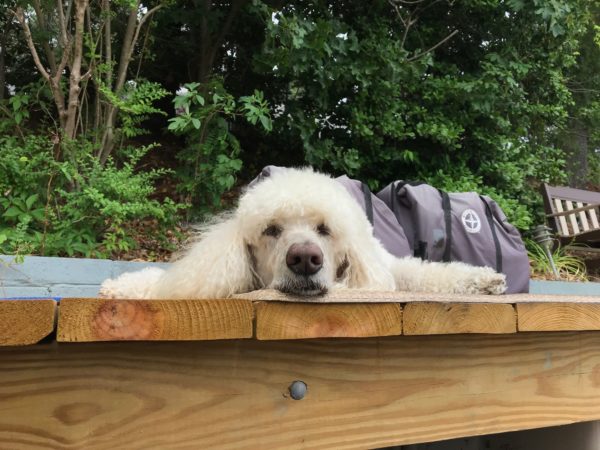 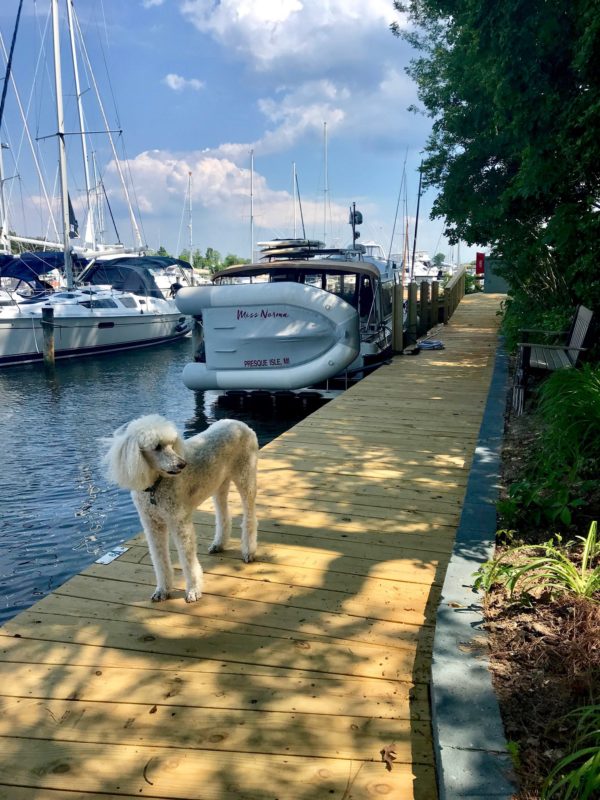 It was towards the end of this cruising adventure that the couple began noticing that Ringo wasn’t feeling his best. He had slowed down and seemed out of sorts. They made land fall and saw a vet that had seen Ringo a year earlier. It was there they received sad news.

Ringo was diagnosed with an aggressive form of cancer. He had surgery to remove everything the vet could, but they were told that they couldn’t remove it all. It was a matter of time for Ringo. They said on Facebook,

We are obviously devastated by this news, but we know what we have to do. We wrote a book about it; we advocate for it. Ringo deserves a quality end-of-life experience, and we are going to give him one.

We are leaving our boat in Solomons for a while and are “hitting the road” with Ringo, just like we did with Norma. This time traveling in a borrowed Pleasure-Way camper van, we will cruise on North America’s roadways rather than its waterways for a while. Ringo will have more opportunity to enjoy “terra firma” and we will be better able to take care of him, too. 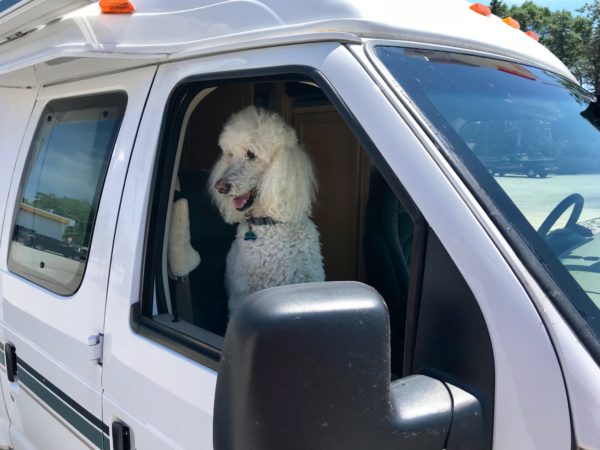 They picked up the van in Pittsburgh and headed to Presque Isle, Michigan, the place of Tim’s parents’ retirement and the locale of many previous summer migrations for the family. They enjoyed hiking through the beautiful woods, visiting the family plot where Miss Norma was laid to rest, and stopping by the site of Tim and Ramie’s wedding 13 years ago. 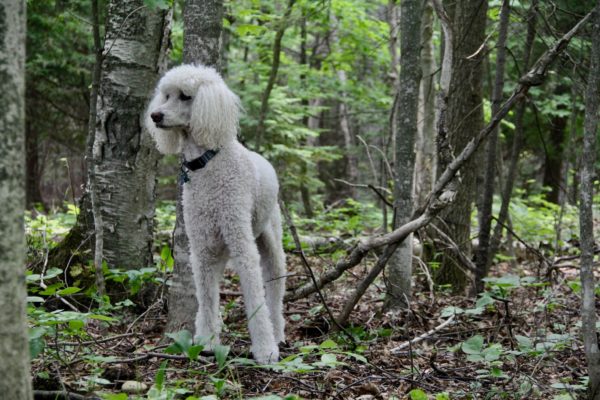 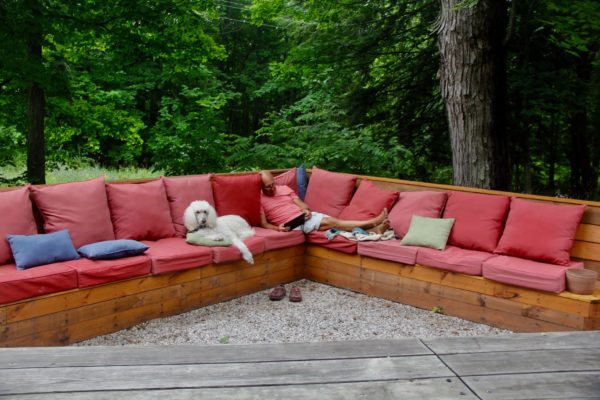 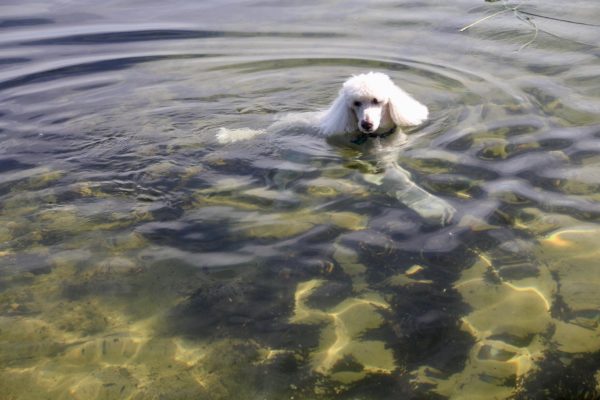 Wherever the road may lead, we offer best wishes to this vagabond family. Their attitude to embrace the present and live life to the fullest is an inspiration. They plan to continue their trip for as long as it’s comfortable for Ringo to do so. You can follow along at Cruising Miss Norma.