Does owning a dog increase the attractiveness of men? Um, yes! Okay, personal opinion aside, science actually says that it does. Dogs are pretty darn good at manipulating our emotions if you haven’t already figured that out. Turns out it is no different when it comes to dating. Psychology Today is saying that there is research suggesting that dogs make women perceive men differently and it honestly makes sense.

The Age-Old Battle Of Dads Vs. Bad Boys

There’s a theory floating around that some men may be attractive to women because they exude romance and nurturing characteristics. They also give off the impression of being the fatherly type. Women tend to be attracted to these types of men for long-term relationships because they see them as satisfying partners both emotionally and physically. They are also instinctually perceived as being good dad-types for future children down the road.

Then there’s the “bad boy” type, also known as a “cad.” You know these kinds. They’re a little wild, socially dominant, spontaneous types. The kind of man that walks into a room and his presence is known. Maybe they don’t all wear leather jackets, ride a motorcycle and jam out to Guns N’ Roses but you get the idea.

Research has shown that these types of men are typically more attractive to women who are looking for more of a short-term relationship. Maybe because they’re perceived as harder to tame or less likely to settle down. Or maybe it’s because everyone likes a bit of a challenge and adventure once in a while. Well, there’s good news for all you bad boy lovers out there. New data is suggesting that a woman’s impression of one of these types of men may change if that man has a dog. 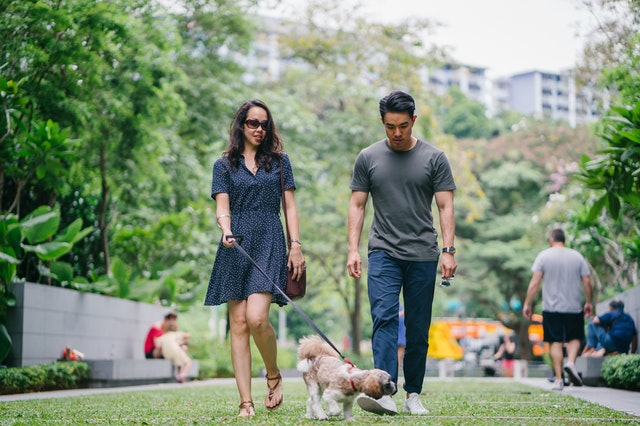 The research has been done by a team in Israel at the Ruppin Academic Center. In this study, women were given descriptions of men who were either “dad-like” or “cad-like” in their behaviors. Then they rated the attractiveness of each person based on the description. Next, they rated how likely they would be to either marry that person or have an affair with them.

As expected, most women said they would prefer to marry the dad type. They wanted to have more of a short term fling with the bad boy type. However, introducing a four-legged friend into the mix spiced things up a bit. If the women were told that the men had a dog, it did not change their opinion of the dad-types. But, it did increase attractiveness for the bad boys. So much so that they found the bad boy types even more attractive than the dad types overall.

It can be argued that women tend to view the dad types as nurturers and may even assume that they have a dog already. Introducing a dog into the picture of a stereotypical bad boy, however, helps to paint a picture of a caring, loving and gentle person inside that adventurous, wild shell. It may give off the impression that they are actually capable of caring for a being outside of themselves and therefore thrusts them up the ranks to dad material.

So now here’s the question: Who is the good boy? The bad boy, or the dog that softened his appeal?