Have you ever noticed that dogs seem to have a sixth sense about certain people? They can tell right away if a person is a “dog person” and trustworthy. They also seem to be able to sniff out if someone is “bad.” Recent research shows that this ability is real. 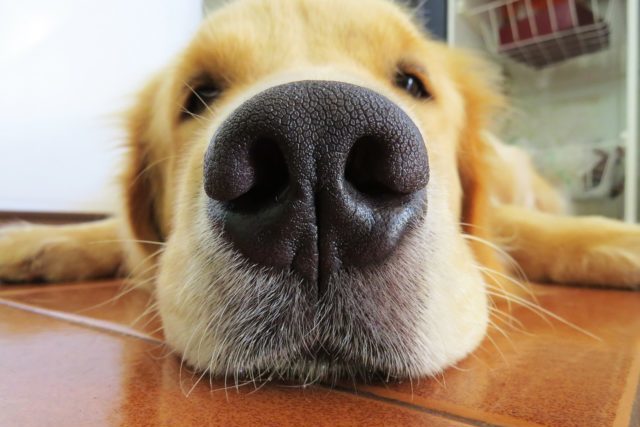 Can Dogs Judge a Person by Their Scent?

Years ago I was out camping with a group of friends. My dog, a large female Black Lab Mix, became very distressed when a strange man approached our campground. He came up to our tent and she immediately began growling her very deep, intimidating growl. Other campers had come up to socialize and Morgan had been friendly and welcoming. But this guy made her uncomfortable. I knew without a doubt that she was reading him and warning us all that he was up to no good.

I always felt that dogs had an intuitive response to people, both positively and negatively. That experience was all the proof I needed to listen when my dog communicated in this way. Interested to see if he could prove this ability with science, researcher Akiko Takoaka of Kyoto University in Japan set up a series of experiments. Testing Dogs for a Sixth Sense

The basic mechanism Akiko tested was to see if dogs could tell if someone was lying to them. Here’s how he did it. He enlisted a group of dogs and their human companions. He asked the human to point out a container of dog food. The dog would take the human’s signal and go find the food inside the container.

Dogs Don’t Trust People Who are Rude to Their Human

Another experiment involved humans asking other humans for help in the presence of their dog. Some “helpers” were instructed to provide assistance and friendly. After helping the person out, they were to offer the person’s dog a treat. Some “helpers” were instructed to refuse help or be rude or aggressive to the other person. Those rude “helpers” were also supposed to offer the dog a treat. Time after time, dogs would happily accept a treat from a stranger who was helpful to their human and refuse treats from a stranger who was rude or aggressive.

It’s a characteristic that has been referenced in countless movies, books, and personal stories. Dogs seem to have the innate ability to judge a person with nothing more than their noses. Have you ever experienced your dog’s sixth sense?