Have you ever wished your dog could talk? Of course, you have! Maybe you have already learned how to communicate with your dog. You can probably tell the different inflections in their cries or yelps, and you can hear different types of barks. But, what if dogs could actually talk? Like full-on communication with words.

Here’s good news: Scientists say it’s possible. Scientists partnered with the MIT Department of Linguistics and veterinarians to complete a study on the subject. What they found is remarkable!

“Our double-blind study found that dogs who were exposed to 30 minutes of intensive speech and language therapy every day began developing human-like speech within eight months,” said Patrick Elliott, postdoctoral associate at MIT. “When we compared dogs who received speech and language therapy to our control group, the dogs who received therapy developed syntax and semantics similar to 18-month-old humans.” 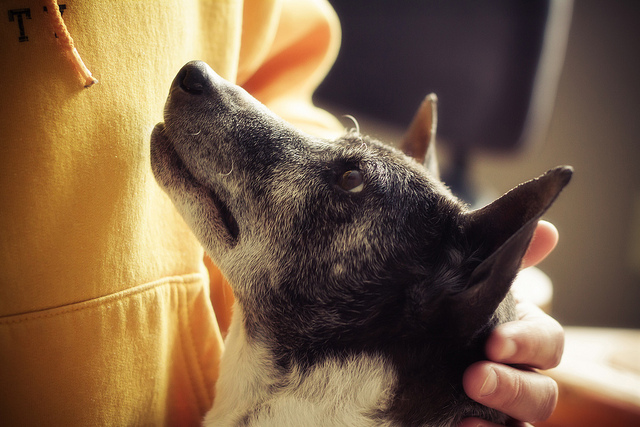 Don’t Plan On Having Stimulating Discussions With Fido Yet

The evidence is striking, but scientists recommend we don’t rejoice just yet. Because languages typically develop over several generations, we shouldn’t expect to see dogs speaking in full sentences until 2045, according to the experts. The study examined the dogs’ brains with periodic MRIs throughout their therapy. Imaging showed the dogs receiving therapy had significantly increased activity in their cerebral cortex and higher rates of blood flow in their medulla oblongata.

Also interesting to note was that some breeds responded better to the therapy than others. Yorkshire Terriers, Golden Retrievers, and Boston Terriers were amongst the highest achieving breeds. Many of these pups began speaking their first word around 6.5 months into speech and language therapy. On the other hand, Pugs never developed speech past grunting, snorts, and snores (sorry Pug mamas!)

“Our pugs in the study were quite entertaining. They loved showering us with love and affection, but their attention to detail was lacking, to put it nicely. Beatlejuice was one of our participants who liked to wander out of the therapy room and into the kitchen down the hall,” said onsite animal behaviorist Haley Dougherty. “Pugs do not show promising results for any hope of brain development suitable for intelligible speech in the future. But they’re adorable, so there’s that.”

The study included eight purebred dogs and four mixed breeds. Here is a complete list of the participants:

We know you’re wondering how you can try to teach your dog to talk. Believe us, we’re trying too! Here’s what the experts say:

“Set aside 30 minutes per day with no distractions. Speak to your dog directly. Speak slowly and clearly, much like when you’re trying to speak to someone with a language barrier. It’s the same concept,” said Elliott. “It also helps if you lower your voice. The participants seemed to respond better to male voices.”

If your pup still isn’t asking for treats or the potty a few months in, don’t give up just yet. The study also showed that only 78.4% of the dogs developed spontaneous speech within the first year. And, if you’re wondering, this is the official word list the team used to teach the dogs:

Curious what word was said first? Pickaxe! Pancake was the first doggo to get it out! Now, the next question is, what word will your dog say first? Share your training videos!