Melissa Villaseñor from Saturday Night Live is full of jokes. She loves to brighten people’s days with silly skits and sarcastic comments. But the one thing that’s never a joke to her is dog adoption.

As fun as her job can be, she still gets tired after a long day. So, coming home to a lovable pup is the perfect stress reliever. In fact, one of her co-workers convinced her to adopt a dog in the first place, and now Villaseñor is encouraging others to do the same. In her own sarcastic way, that is.

Villaseñor’s Opinion on Getting a Dog

Villaseñor recently shared her opinion on getting a dog, but in a hilarious, sarcastic way as usual. She called it her “5 Reasons You Should Absolutely Not Get a Pet.” The title might sound harsh, but here were her five reasons:

Of course, most people would disagree with all of these statements, which is what makes her point of view so hilarious. We love how soft our dogs are, and we love their kisses. Going outside is always a fun adventure, and of course, it’s always best to have a lovable pup around when you cry. And even if you like having your car windows up, it’s always better to see cute dogs sticking their heads out of windows.

Thankfully, the whole list was just a joke. Villaseñor loves dogs more than you can imagine. She says “just kidding!” at the end of her video, and then goes on to explain why rescue dogs are important to her with all jokes set aside.

The Truth Behind the Sarcasm

Villaseñor’s co-star, Cecily Strong, was the one who first convinced her to adopt a dog. Strong adopted her own dog from Best Friends Animal Society, so Villaseñor decided to check it out. She looked at the dogs online before even meeting them in person. She had already fallen in love with a puppy named Penny just by looking at the information online.

So, Villaseñor adopted Penny not long after because she knew Penny was the perfect dog for her. Villaseñor was around so many different dogs growing up, so breed didn’t matter at all. All that mattered was that the dog was a rescue.

“I think there’s just so many dogs out there that need a home and they’re all sweet and they just all deserve a home,” Villaseñor said. 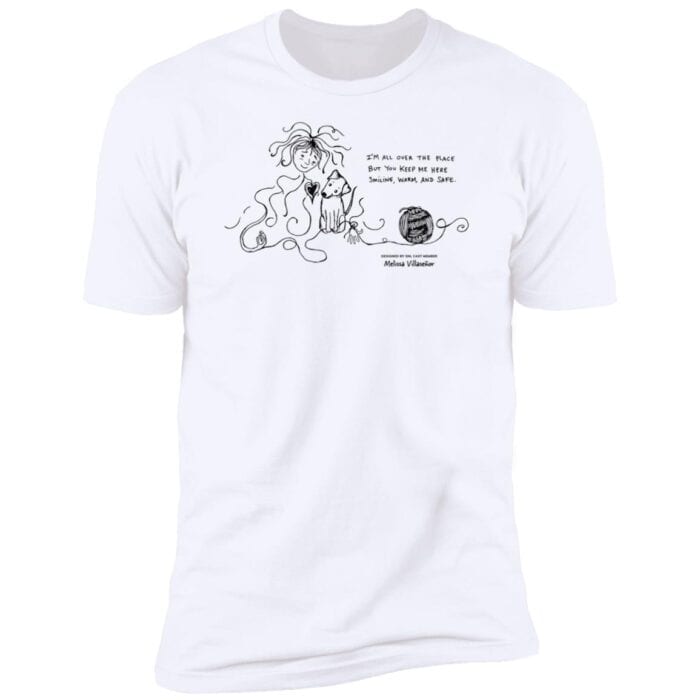 So, Villaseñor found a way to raise money for more dogs in need. She helped create a t-shirt for iHeartDogs, and all the profits go to GreaterGood and Clear the Shelters Funds. In the design, she made herself look like unraveling yarn. She said it’s because when she feels “messy and wonky,” Penny is the one who “grounds her.”

Villaseñor might be full of jokes on a regular basis, but dog rescue is one thing that she’s dead serious about. Penny has taught her to appreciate life more, and she’s always there to comfort her. So, Villaseñor encourages others to adopt a rescue dog. It could make like better for both you and the dog.