We all know that dogs can improve our mood, offer companionship, and show us love when we need it most. What I’m about to say next probably shouldn’t come as any surprise to you. A recent study found that spending time with shelter dogs can significantly improve PTSD symptoms in military veterans. Who doesn’t love dogs or veterans? They’re a match made in Heaven!

Specifically, the study found that walking shelter dogs can wipe away many of the dreadful side effects of PTSD. The findings are significant. Not only do they show improvement in the lives of veterans, but also the lives of dogs! With an estimated 10-20% of our 21 million veterans in the United States having PTSD, and shelters that are overflowing with an estimated 3.9 million adoptable dogs, this study gives us great hope to change countless lives – both two and four-legged!

The study was conducted by Florida Atlantic University, the University of Maryland, and Virginia Commonwealth University. Researchers at the universities partnered with FAU’s Canines Providing Assistance to Wounded Warriors (also known as C-P.A.W.W), Waltham, and MARS Petcare. 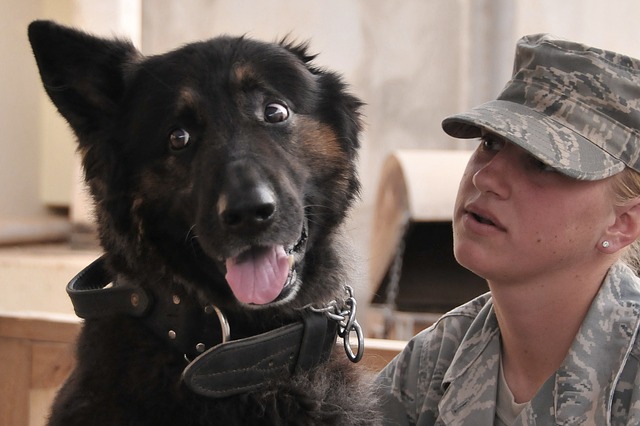 33 veterans participated in the study which required them to walk shelter dogs once per week. The walking path was pre-determined by researchers. A control group walked the same path with humans. The study measured stress levels in the saliva and PTSD symptoms.  The results of the study showed an improvement in PTSD symptoms from walking with humans and with dogs. But, the dog group reported significantly fewer PTSD symptoms than the human control group.

Less Isolation, A Sense Of Purpose, And A Companion Are The Perfect Dose

The improvement in the quality of life and reduction of PTSD symptoms is attributed to the companionship that dogs provide. Walking the shelter dogs gave veterans the opportunity to get out in their community. Oftentimes they are isolated, which can compound the symptoms of PTSD. Veterans that participated in the 8-week study also reported feeling a sense of purpose when coming to the shelter.

As you may have suspected, welcoming a slobbering, tail-wagging furbaby into your home can improve the quality of life for just about anyone!

“Research shows that human-animal interaction does benefit not only the human but also the dog,” said Dr. Cheryl Krause-Parello of Florida Atlantic University. “Many studies have shown that homebound older adults show an increased benefit of pet ownership by decreasing loneliness, decreasing depression, and increasing a sense of well-being.”

I’m no doctor but I feel confident in saying that I wholeheartedly concur with the research. I’m prescribing all of us a trip to the local shelter STAT!