When Delfina Plaja received a puppy for her birthday last year, never did she imagine the little dog would adopt a kitten.

Delfina’s pup, Taco, struggled with potty-training, a problem many dog parents understand. Trying to help her puppy out, Delfina moved her home workspace into an alleyway adjoining the house. Not long after the move, a grey tabby kitten curiously watched her and Taco from beneath a car. “It turned out he had been living all alone in an open garage with a kindly neighbor feeding him,” Delphina said in an interview with The Dodo. “Clearly, he had been feeling lonely because he was the one who approached Taco, curious and wanting to cuddle and play.” 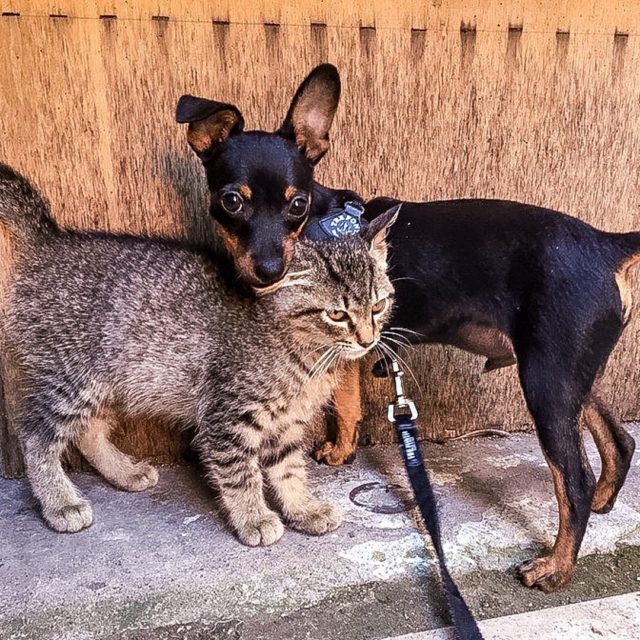 While Taco and the kitten clicked right off, Delfina had to ply the kitty cat with treats to gain his attention. A few bites and he climbed into her lap with purrs aplenty.

“This kitty was so cute and brave, and so obviously craving company,” Plaja said. “He had found us, after all, and I was sure there had to be a reason for it. Turned out, the universe was telling us something, showing us the way.” 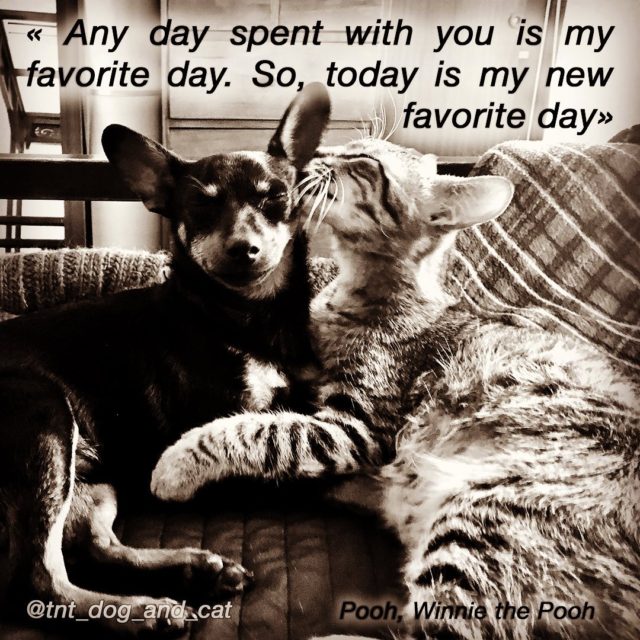 The puppy and kitten duo played every time Taco came outside. The casual friendship was growing into far more than a passing fancy for cat and dog both. The cute pup would stand at the door constantly, begging to see his feline friend. On the other side of the door, the stripy, grey kitten waited too. “Taco would often whine asking to go out and play with his friend. It became harder and harder to drag him away to do his business or get him back home.”

The kitten remained outside, but one rainy day, Delfina’s heart ached at seeing the ball of fluff wet and lonely outside. She brought him in and he was terrified at first. But once he saw his doggy friend, the cute kitten got comfy in a hurry. The best friends were so happy together. “He started purring and didn’t stop for 48 hours straight,” said Delfina. “He purred while he explored, slept, ate, played … the first time they drank together from a bowl that night, I think I actually cried, they were so adorable.” Seeing the pair, Delfina and her husband knew the cat had become part of the family. They were now the proud parents of Taco the dog and Tequila the cat. On Instagram, Delfina wrote, “and just like that, we’re a #family of four!” 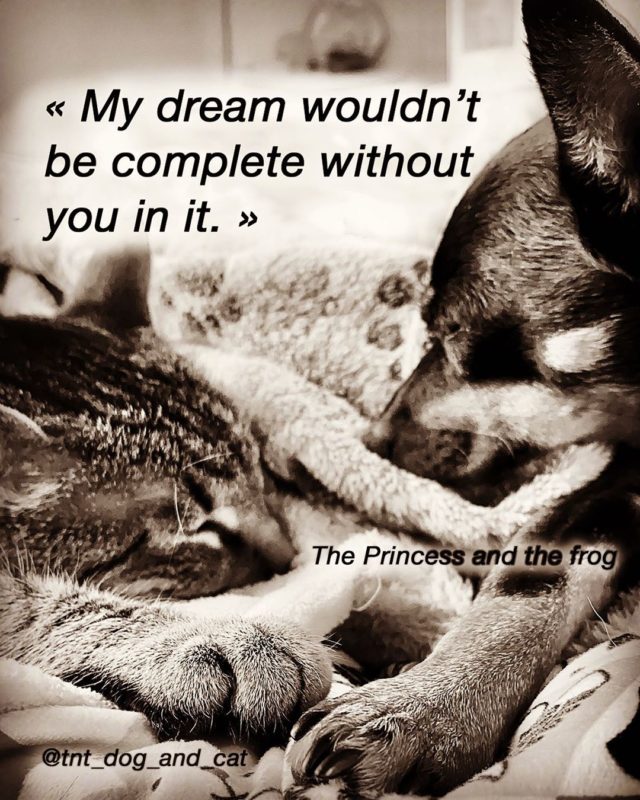 Now, the family of four has become known worldwide thanks to media attention chronicling the bond between Taco and Tequila. In one of many features, the Plaja family’s story was told by The Dodo in an Odd Couples video.

Of their sweet family, Delfina said,

“We all complement each other perfectly. The four of us make an odd, very goofy and disorganized, permanently late but very happy pack.”