After the tragic events of September 11th, 2001, hundreds of firefighters, police officers and rescue workers came to aid the efforts at Ground Zero. Such a tragic event needed as much help as possible. However, some of the heroes that people don’t thank enough are the dogs that were there to help out, along with their brave handlers and the veterinarians on the scene to keep them going.

The following dogs are some of the canine heroes that were there to help after the September 11th attacks. Each dog had their own special skills and their own story. 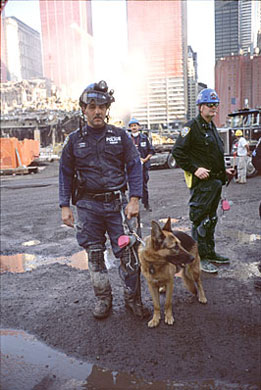 Apollo was a German Shepherd that graduated from the NYPD Canine Special Operations Division at only two years old. On September 11th, he and his handler, Peter Davis, were the first K-9 search and rescue team to answer the call. Because of this, they arrived at the South Tower only 15 minutes after it collapsed.

Apollo’s role was to search for survivors, which he did for 18 hours each day. He was a brave dog, and there were some points where he almost died from the flames and falling debris. However, he remained strong and continued on with his job.

After September 11th, Bretagne (pronounced Brit-nee) and her handler, Denise Corliss, worked 12-hour rescue and recovery shifts for the days following the attacks. Bretagne was a Golden Retriever that was known as the last living search and rescue dog from Ground Zero.

Bretagne began her training when she was only 8 weeks old. She assisted with rescue missions from Hurricanes Katrina, Rita, and Ivan. She retired at 9 years old, and went on to work as a reading assistance dog for first-graders. 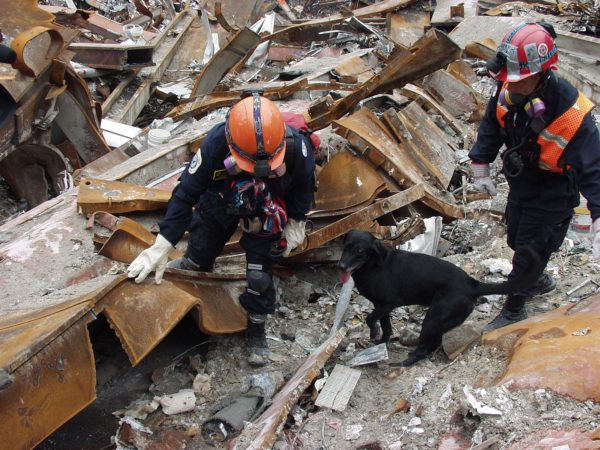 Jake was found as a stray when he was only 10 months old. He had several injuries, including a broken leg and dislocated hip. Mary Flood, a member of the Utah Task Force 1, adopted him and helped him heal. From there, she trained him to be a part of the search and rescue team.

Jake learned quickly, and he assisted with the aftermath of many natural disasters. After the September 11th attacks, Jake worked for 17 days searching through the debris. When he grew older, he helped train younger dogs and their handlers for these bold tasks as well. Riley was a search and rescue Golden Retriever that was trained to find survivors from the September 11th attacks. He was also able to locate the bodies of deceased firefighters. There are some iconic photos of Riley being transported alone through the debris in order to complete his job. Riley worked alongside his owner and handler, Chris Selfridge, for about 13 years, and he was a true hero to the nation.

Sage and her handler, Diane Whetsel, worked at the Pentagon right after the 9/11 attacks. Sage was a 2-year-old search and rescue Border Collie. She was one of the nation’s top 50 search and rescue dogs with the highest level of recognition from the Federal Emergency Management Agency. 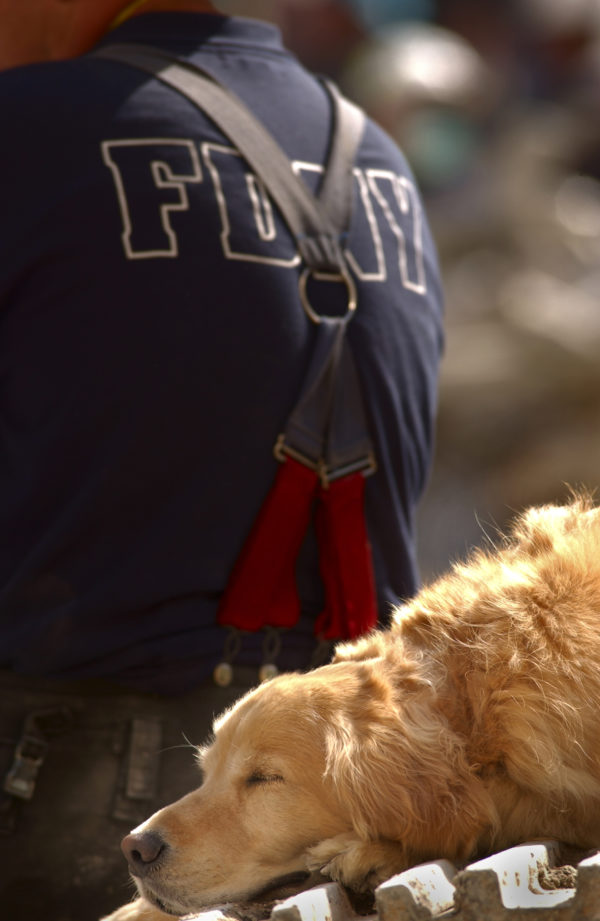 Thunder traveled from Washington to help after the September 11th attacks, along with his handler, Kent Olson. Thunder’s job was to search through the rubble to find victims of these tragic events. Thunder had done similar tasks for victims and survivors of floods and avalanches, but this was by far the biggest and farthest job he had ever done. 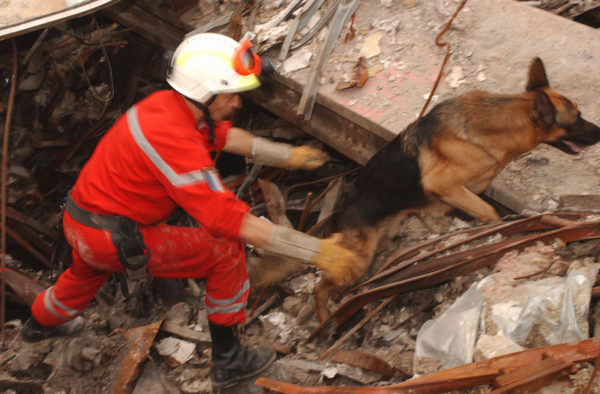 Trakr was a German Shepherd that rushed to the scene with his handler, James Symington, who was a Canadian police officer. Symington and Trakr were known for finding the last remaining survivor in the World Trade Center after that individual had been trapped there for 26 hours.

Seven years after his heroic rescue mission, Trakr’s DNA was cloned. He was considered an exceptional canine specimen, so his DNA created 5 puppy clones that would continue Trakr’s legacy.

Each of these dogs were brave and determined to get the job done. Their hard work will never be forgotten because they helped so many people after this tragic attack. Even though they are no longer alive today, they should be recognized and praised for their amazing stories.