Puppy mills and generally poor breeding conditions are some unfortunate realities that many dogs face. It’s despicable, heartbreaking, and oftentimes horrific. Dogs are found in conditions that are far worse than any prison. They were betrayed by the humans who were supposed to love them the most.

Luckily, a tragic story out of Maryland has some essence of a happy ending – or justice at the very least. According to the Baltimore Sun, in April 2019, 56-year old Laura Filler was arrested alongside her husband, 50-year-old John Roberts. 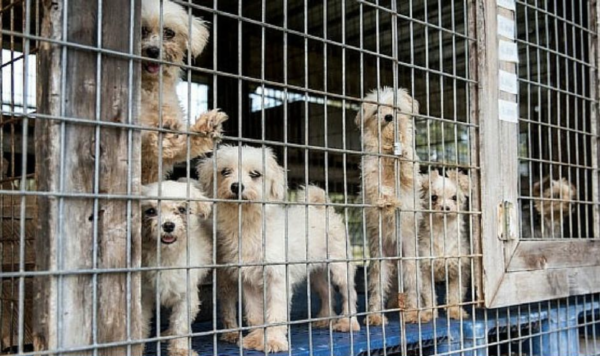 Animal control officers arrested the couple after they found 54 dogs in deplorable conditions. Sadly, 27 of those dogs were deceased. The judge told Fox 5 that the home was a “chamber of horrors.”

The Home Was As Stomach-Churning As It Was Heartbreaking

The floors and walls were reportedly covered in thick sludge and grime from floor to ceiling. Dog food was scattered around the home. It was inedible due to an abundance of mold. Many decaying bodies of helpless dogs were found piled in a bathtub. The putrid odor that radiated from the home was unbelievable. It clung to first responders who removed the dogs.

Melissa Hockensmith is the senior assistant state attorney assigned to the case.

“I think that these dogs deserve justice,” she told the Baltimore Sun.

Judge Fred Hecker described the couple as having an “extreme indifference” for the dogs’ well-being. It was likely this heartbreaking realization that led him to their sentencing.

Justice For The Innocent Lives Lost

Filler was initially charged with 109 counts. Most of the counts were for animal cruelty. She pleaded guilty to 11 of them.

Filler was sentenced this week to 33 years in prison for 11 counts of aggravated animal cruelty. She isn’t eligible for probation for at least five years. Additionally, Filler is also no longer allowed to have any animals in her possession.

She was also ordered to pay $91,400 in restitution to the owners of the home. This was because the home had to be demolished because it was that deplorable. 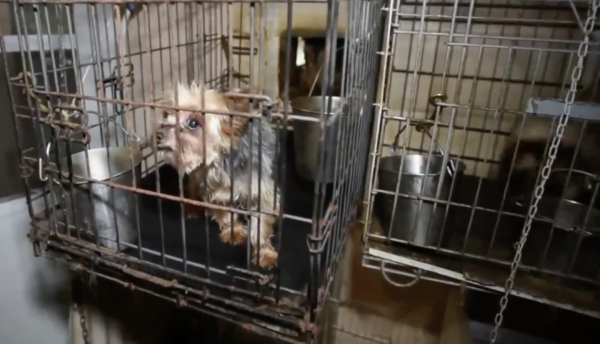 The judge recommended Filler to serve her time in a correctional institution where she can receive treatment for mental health impairments.

Her counterpart, John Roberts, received one year for his role in the unlicensed dog breeding operation.

“I’m very sorry all this happened,” Filler said before her sentencing.

Laura Filler’s public defender asked for prayers for all of the dogs who suffered due to Filler’s cruelty.