Khan, a brave senior pup from Turkey, endured a living nightmare after being beaten and left for dead near a stream by a group of disgusting individuals. After torturing the pup and throwing him next to a pile of trash, Khan desperately attempted to flee…but he was paralyzed. 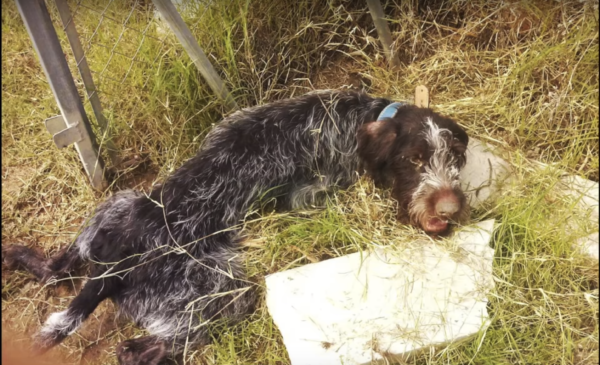 Khan, the brave pup who was rescued after being dumped, beaten, and left for dead. (Screenshot, YouTube/Viktor Larkhill)

When help arrived on the scene, Khan somehow still managed to wag his tail in excitement and relief.

This was a miracle in itself, as the poor pup was in very desperate need of medical attention. Fortunately, the rescuers were quick to act. Khan was immediately brought to the Let’s Adopt Rescue Center. After a quick examination, where the pup was confirmed paralyzed, he was placed in the Intensive Care Unit. 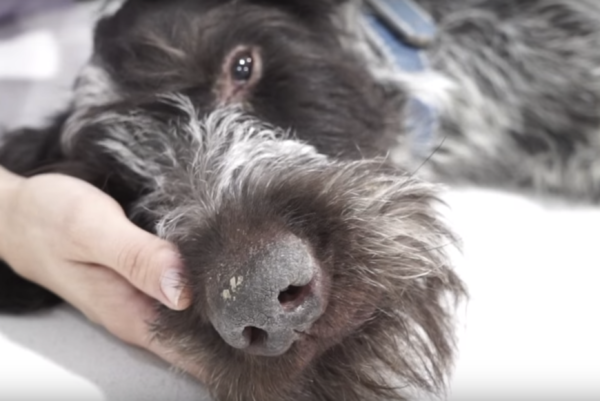 Khan laying down patiently during his diagnosis. (Screenshot, YouTube/Viktor Larkhill)

It’s here where the final diagnosis, and the full extent of Khan’s injuries, was discovered.

“He has pneumotorax[,] there is air in his chest, which compresses the heart,” Let’s Adopt International wrote on their website shortly after Khan was admitted. “His blood test is appalling. He has Anemia and Ehrlichia… Tomorrow we will perform a CT Scan to fully understand the damage caused to his spine.”

Despite this, Khan still found the will to carry on. The instances where the pup would wag his tail, or muster a look of pure determination, gave the Let’s Adopt Rescue Center staff a reason to believe in miracles.

After all, Khan is a senior pup with a young soul – and a life left to live. 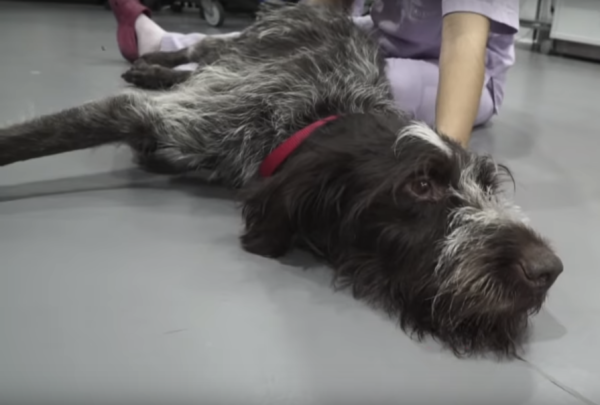 Khan was covered in life-threatening injuries, yet still found the strength to carry on. (Screenshot, YouTube/Viktor Larkhill)

In the beginning, the staff at Let’s Adopt Rescue Center had to admit that Khan’s wounds seemed too many for his aging spirit. They had little hope for his recovery.

Khan, on the other hand, was a different story. Instead of rolling over and ascending to the great Rainbow Bridge, he was determined to beat the odds. And that’s exactly what he did. 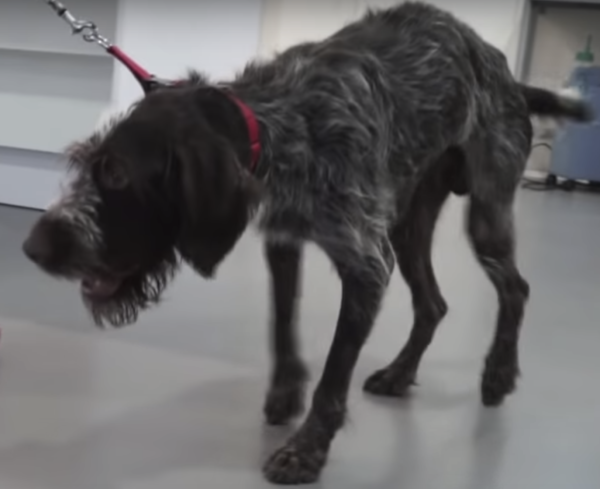 Khan begins his path to recovery after being rescued. (Screenshot, YouTube/Viktor Larkhill)

It started out slow; Khan climbed the uphill battle 24/7. His rehabilitation therapy sessions were grueling, but they helped him nonetheless. Eventually, the determined pup gained the ability to get around without help.

Needless to say, within weeks, Khan was able to walk again. And before they even knew it, he was giving kisses and love to anyone willing to accept the offerings (which was basically…everyone).

It took time and patience, but thanks to the popularity of Turkey’s “Let’s Adopt” group, Khan was not only able to walk again, but also gained attraction among the group’s many followers.

And as an international organization, it was only a matter of time before Khan would find his forever home. 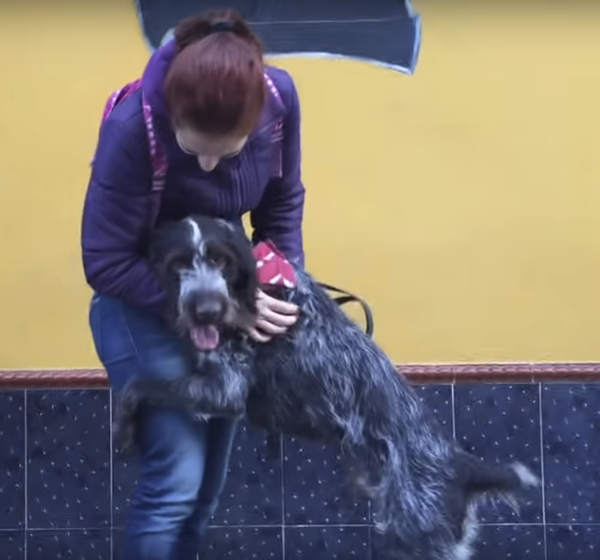 Khan is all smiles now thanks to his perseverance and recovery – and his new forever momma! (Screenshot, YouTube/Viktor Larkhill)

So, when an unnamed woman came forward after hearing of Khan’s fearsome journey with intentions to join his family, it was no surprise – even if it was a relief. After all, people are quick to disregard senior pups.

Fortunately, this woman was different; her heart melted for the brave boy. She was adamant on giving him the home he truly deserved. And she did.

While Khan still has a lot of healing left on the journey ahead, he also has a home – his one, true forever home.

WARNING: the video below contains explicit images of animal abuse – but also a much-deserved happy ending.