When PETA workers first came upon this small creature wiggling around in a small kennel housed in a dark, dingy hallway they weren’t quite sure what to make of him. His fur was so severely matted that his size and shape were hard to decipher. Without a set of eyes that seemed happy to see the rescue crew, they’d probably not have been able to tell which end was front and which was back. 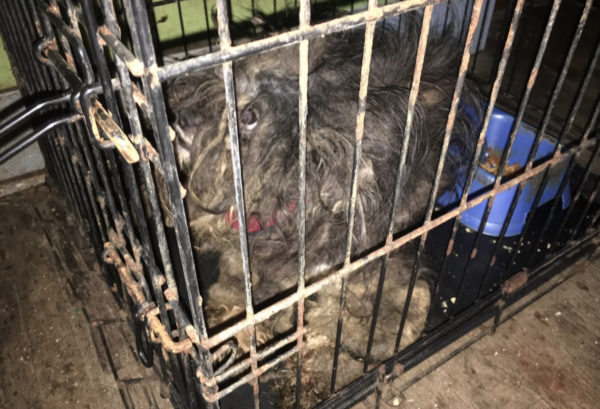 They learned that his name was Murphy and he was a mess. After some persuasion, the people charged with his well being agreed to let the PETA crew take Murphy, surrendering him to their care. He was taken to a vet right away to remove the painful and horrible mattes in his fur.

Murphy required anesthesia to make him comfortable during the process. The medical team carefully cut away all of the tangled, mangled fur and then trimmed everything up nicely. All told, they removed over 2 pounds of matting from his tiny 7 pound body. Unbelievable! After his procedure and a bath, the little cutie pie was unrecognizable. He stayed with the wonderful team at PETA for a while to be monitored and have his adoptability assessed. He quickly won over the hearts of everyone in the office with his spunky energy and zest for life.Murphy was transferred to Norfolk SPCA and in no time flat, he found a family that will love and cherish him all his remaining days. 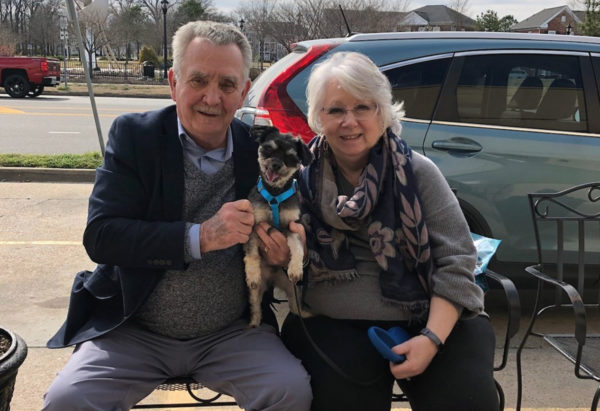 This heartwarming story, and the look of pure joy on Murphy’s face, remind us that happiness is easier to find when we lose the heavy baggage weighing us down.